For 30 years, Doug Bland served in the Canadian Forces, emerging as a widely respected lieutenant colonel. As a young captain he took part in an air assault on downtown Ottawa on Thanksgiving weekend, 1970, during the FLQ crisis. I met him several years ago at a military conference he organized at Queen’s where he holds the Chair in Defence Studies. A few years later we shot a few ducks from the skies of Manitoba. I had no idea he was a novelist as well as a crack shot.

His recently published book, “Uprising,” is a political thriller dealing with aboriginal policy. The story tells of Molly Grace, a modern revolutionary, the native rebellion she organized, and its aftermath.

The pathologies in native communities are well known and have been present for decades. Most recently undrinkable water has been an issue. Add to this disintegrating houses, glue- and gasoline-sniffing children, drugs, booze, failed schools, failed welfare, failed just about everything. No wonder increasingly Indians understand themselves as non Canadian.

Beneath this unpleasant reality is failed leadership. The blank stupidity of government bureaucrats is proverbial, but the “white Indians,” as Molly calls them, are no better. They are “imitation settlers, golf playing, dining, enjoying whiskey and cigars in the lounge while deploring dependency among savages. All of them bought for a green fee and a dinner tab.” No wonder Canadian politicians who preside over the system seriously wonder if there is a native community at all. During the course of a month long (so far fictional) rebellion Bland makes us wonder, is there a Canadian one?

Molly could care less about Canada, but she is certain a native community can be salvaged and rebuilt. Unlike the “white Indians” and anthropologists, she is serious about aboriginal spirituality. “The people,” she said, “will never surrender the traditional idea of the land as indivisible from the spirits and from the people.”

To Canadians, liberal Lockeans all, this is superstitious malarkey. Waste land, we know, is without value. Only when humans mix their labor with nature, by drilling a well, for example, does it acquire value. But what if somebody else –Molly and her followers—experience the land, with or without holes in it, as a spiritual reality? Whence then its value?

That spiritual vision fuelled Molly’s dream, “a land with no boundaries between Sault Ste. Marie and the Rocky Mountain divide … a wide open range under native laws and traditions. A new region where our people can live in peace, with settlers we might allow on our land but only on our terms.”

Her spiritual certainty leaves no room for negotiation. Quebec provides the negative example: “look at those proud separatists, sucking billions from the federal treasury. Should we aim to be like that?” No way. “The only possible end of negotiations is defeat and assimilation,” which is to say, spiritual death.

Most of us will consider Molly’s dream as goofy as Louis Riel’s. But Bland provides a plausible implementation plan: take Canada apart at the seams by attacking things that Canadians, not Indians, think important. And her military commanders, legendary and now former CF soldiers, have mastered asymmetric warfare.

The Eastern Strategy is centred on James Bay hydro production, a diversion to suck away as many CF troops as possible. The Western Strategy –well, take a guess. And guess as well how the federal government responds when they learn they have run out of soldiers. Here’s a hint: Canada has never had a plan for domestic national security beyond, in the words of Paul Martin, “hope.” I won’t give away the ending.

There are some striking cameo portraits of the denizens inhabiting National Defence Headquarters, exciting descriptions of battle, and an imaginative aboriginal view of western symbols. Have you ever wondered what the Golden Boy atop the Manitoba legislature mans to a Cree or a Métis? There are even a few jokes, mostly involving the names of his characters. No sex; we’re warriors.

Is this alarmist? Is Bland creating an exaggerated image of reality to stimulate needless panic? Or is he trying to educate his literate fellow citizens? Readers can decide. For my money he deserves a Giller Prize.

It required nearly 5,000 years of civilization to reach broad agreement that all human beings are created equal and that each of us is entitled to be treated equally without discrimination. It has taken fewer than 30 years to begin casting this aside once more. It would be bad enough if this retrogressive impulse emanated from society’s margins. In fact, treating people differently based on their race, colour, ethnicity or gender is being propounded at the very top – in our universities. Ted Morton, himself a professor for nearly 40 years, reveals the University of Calgary’s blatantly racist and sexist new hiring policies, recently launched under the guise of “equity” and “inclusion.” 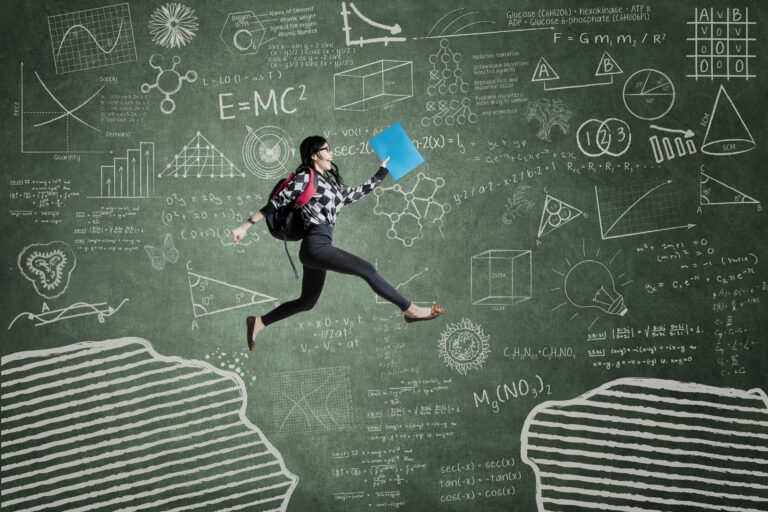 Society’s overall respect and admiration for science and scientists has probably never been greater. Why, then, do relatively few young Canadians seemingly want to become scientists? Why are so many schoolkids unwilling or unable to dig into the foundational learning needed to position themselves for an adulthood focused on a scientific career? Especially in an era when the economy is generating job opportunities by the tens of thousands for graduates with scientific training. Gwyn Morgan outlines the nation’s growing shortfall of STEM-trained professionals and looks into some ways to start overcoming the troubling inability of the education system to motivate Canada’s kids to focus on science.

Why Doesn’t the Charter Apply to All Canadians?

Everyone has an opinion about Canada’s Charter of Rights and Freedoms these days. Does it really include the right to strike? Should provinces use the notwithstanding clause to suspend its rights? But there’s never been any debate about who should hold these rights. All fair-minded Canadians would be deeply offended by the idea that the Charter should be applied selectively on the basis of race or culture. Yet that is what Canada’s courts are doing. Peter Best examines an incendiary ruling in Yukon that sets aside the individual equality rights of Indigenous Canadians in favour of the collective rights of native self-government. Is this sort of discrimination a new Canadian tradition?

Hello, Suicide Prevention Hotline? I Would Like a Medically-Assisted Death

Empire of Fear: How the Pandemic Made a Canadian University Lose its Mind

As a lifelong academic, political scientist Barry Cooper believed the university had the means – and the duty – to lead government and society in the quality of reasoning it brought to bear on difficult issues. Like Covid-19. Instead, Cooper’s document-based review of the University of Calgary administration’s decisions and statements during the pandemic suggests that, far from carefully weighing evidence and reaching balanced (or even courageous) decisions, the leadership was governed by emotion, driven by impulse and willingly subject to the shifting whims of medical bureaucrats. Logic, evidence, rational risk assessment and even basic humanity were cast aside. Whatever one might think of the resulting policies, the paper trail Cooper examines is shocking for its banal thinking, atrocious writing, pompous condescension and immature emotionalism.

Quelle Surprise! Quebec Wants More (Seats in the House of Commons, that is)

Demographics is destiny, we’re often told. But while Canada’s fastest-growing provinces – primarily in the West – have every right to expect that their increasing share of the country’s population will be matched in their political representation at the federal level, the morass of Canadian federalism stands in the way. Barry Cooper takes a close look at a recent Bloc Québécois motion demanding Quebec be given more MPs even as its share of Canada’s population continues to sag. This affront to the basic democratic principle that every person’s vote should carry equal weight was supported by all parties, including many Conservative MPs. And it might soon become law. Cooper untangles the perverted logic, backstory and future implications.

Democratic politics must continue even in times of war. Despite suspension of the federal Conservative leadership race amidst the coronavirus, members and supporters still need to think about how to shape their party and pick the right leader to best meet the many challenges of our era. C2C Journal has looked at revived Red Toryism, at uncompromisingly principled conservatism and at the decidedly compromised but successful Harper way. We have sought insight from abroad. And now we turn to populism. Barry Cooper applies his usual fearless thinking and cheerful bluntness to evaluate whether the Canadian political landscape has become hospitable terrain to a Canadian Trump.

Empire of Fear: How the Pandemic Made a Canadian University Lose its Mind

Quelle Surprise! Quebec Wants More (Seats in the House of Commons, that is)