Gwyn Morgan
August 10, 2019
It’s been said many times that one should never let facts get in the way of a good story. Let’s hope facts still can get in the way of a winning election campaign if that campaign is founded on distortion, exaggeration, tendentious claims, ruinous policies and utopian futility. Using facts from credible organizations, Gwyn Morgan takes a verbal stiletto to the fear-based federal Liberal election campaign that’s coming our way in a few weeks.

Gwyn Morgan
August 10, 2019
It’s been said many times that one should never let facts get in the way of a good story. Let’s hope facts still can get in the way of a winning election campaign if that campaign is founded on distortion, exaggeration, tendentious claims, ruinous policies and utopian futility. Using facts from credible organizations, Gwyn Morgan takes a verbal stiletto to the fear-based federal Liberal election campaign that’s coming our way in a few weeks.
Share on facebook
Share on Facebook
Share on twitter
Share on Twitter

With energy and the environment guaranteed to play an important role in this fall’s federal election campaign, Canadians face starkly different policy offerings from political parties, together with a bewildering array of information and disinformation. Here is my list of little-known facts and head-scratching paradoxes that underscore the impracticality or hypocrisy of the politicians and their enablers who push climate alarmism.

Climate Emergency – On June 17, the House of Commons passed a motion declaring a National Climate Emergency. First, there can be no such thing as a “national” climate emergency. Climate change is global, not national, and Canada’s contribution to global CO2 emissions is a miniscule 1.6 percent. Semantics aside, here are some facts to help you assess whether there’s really a “climate emergency”.

How much CO2 is in the atmosphere and how fast is it growing? A 2018 report  from the U.S. National Oceanic and Atmospheric Administration (NOAA) notes that atmospheric CO2 concentration is currently one molecule per 2,500 molecules (note that I converted the data format from parts per million). That compares with one molecule per 3,000 molecules 50 years ago. That’s an average rate of growth in concentration of just 10 molecules per year.

Apocalyptic projections of rapid rises in sea level are driving municipal and provincial governments on our east and west coasts to implement “sea level rise plans”. These include sterilizing waterfront from development, building barriers and even buying out and destroying homes that are deemed vulnerable. So just how fast are sea levels rising? Here again the NOAA provides the answer. Despite all the calamitous rhetoric, the organization states that sea levels “continue to rise at the rate of about one-eighth of an inch (3.2 mm) per year”. At that rate, a house built 10 feet above sea level today would still be 9 feet 7 inches above sea level 40 years from now.

Here at home, the Trudeau Liberals have just introduced a tax specifically designed to discourage the building of new cleaner-burning gas-fired power plants as they continue to pursue the fantasy that wind and solar will keep the lights on. Good luck with that. After hundreds of billions of dollars invested, wind and solar contribute just 2 percent of global energy supply. And these sources work only when the wind is blowing and the sun is shining.

Climate Change Monovision – The Intergovernmental Panel on Climate Change (IPCC) would have us believe that fossil fuel emissions are the sole reason for climate change. But what about urbanization and deforestation? A study by the UN Department of Economic and Social Affairs states that the world’s urban population rose from 750 million in 1950 to 4.2 billion in 2018.

We don’t need the IPCC’s hugely complex computer models to know that cities are hotter than the countryside. All we need to do is walk from a paved sun-heated street lined with concrete buildings to a grassy park. Rather than reflecting the sun’s rays back to outer space, all that concrete and pavement absorbs the sun’s rays, creating a giant heat sink.

Despite all the calamitous rhetoric, the National Oceanic and Atmospheric Administration NOAA report states that sea levels “continue to rise at the rate of about one-eighth of an inch (3.2 mm) per year”. At that rate, a house built 10 feet above sea level today would still be 9 feet 7 inches above sea level 40 years from now.

Likewise, deforestation is turning vast tracts of normally cool African and South American jungles into heat-absorbing barrens. The U.S. Environmental Protection Agency – hardly a hotbed of climate change “denialism” – summarizes the combined effect. “Processes such as deforestation and urbanization,” it writes, “Contribute to changes in climate”. Trying to deal with any problem without considering all possible causes is both foolish and dangerous.

First, Do No Harm – The Liberal government’s proposed “national clean fuel standard” requires increased biofuel content in motor fuels. Government-mandated biofuel content requirements in the U.S. and the EU have already brought about the burning of critically important jungle habitat to make way for palm oil plantations, from which some biofuels are made. On the islands of Borneo and Sumatra, over 50,000 orangutans have died because of palm oil-related deforestation. Meanwhile, the diversion of corn from sale as a staple food to use as an input for ethanol production drove up food prices in a number of developing countries, exacerbating hardship for millions of the world’s poor to assuage the conscience of Western elites.

Who Burns the Stuff, Anyway – Several municipal councils, including those of Toronto and Victoria, are looking to sue fossil-fuel producers for causing climate change. But 70 percent of emissions come from downstream energy users, including the constituents of these very cities. And imagine their outcry if fuel producers failed to deliver!

B.C. Green Schizophrenia – B.C. Premier John Horgan, a champion of carbon taxes, called an inquiry to investigate high gasoline prices, but prohibited the panel from considering the price impact of provincial taxes. He also wants Alberta to build a new oil refinery to supply his province – but he’s against the pipeline expansion that’s needed to carry it.

Return of the Great Crusader – Gerald Butts, former Personal Secretary to the Prime Minister, is back to help the Liberals win re-election. Before joining the Prime Minister’s Office (PMO), Butts was CEO of World Wildlife Canada (WWF), an organization intent on “landlocking” the oilsands by stopping new pipelines. In his role as PMO head honcho, Butts masterminded policies that are crippling our country’s oil industry.

Butts has admitted via his twitter account to receiving $361,642 from WWF during his first two years at the PMO. He claims it was severance pay, but how many Canadians have ever received severance for quitting their job? Butts resigned from the PMO after being accused of ethical transgressions surrounding the SNC Lavalin scandal. Why hasn’t this more direct and personal ethical transgression been reported by news media?

So there you have it: my list of points to ponder through these long and balmy midsummer evenings that “we the north” enjoy.

Gwyn Morgan is the retired founding CEO of Encana Corp. 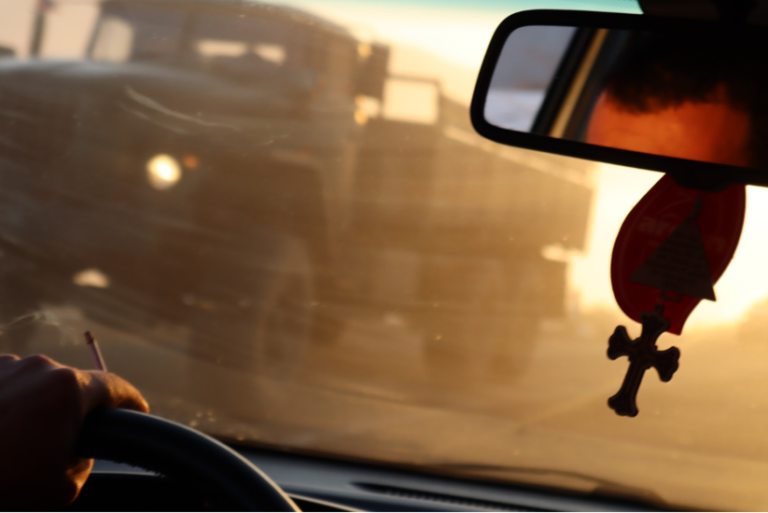 Our Man in Stepanakert

The “Great Game” was a series of military and political manoeuvres and confrontations during the 19th and 20th centuries between Imperial Britain and Tsarist Russia over control of central Eurasia. Today that game continues, but with regional power Turkey having replaced Britain. A bloody war late last year between Armenia and Azerbaijan over the ancient battleground of Nagorno-Karabakh represents the latest episode of this ongoing powerplay. Arriving just weeks after the fighting ended, Fin dePencier offers an eyewitness account of the war’s chaotic aftermath, its terrible human cost and the role played by Canadian volunteers in helping Armenia recover from its devastating loss. 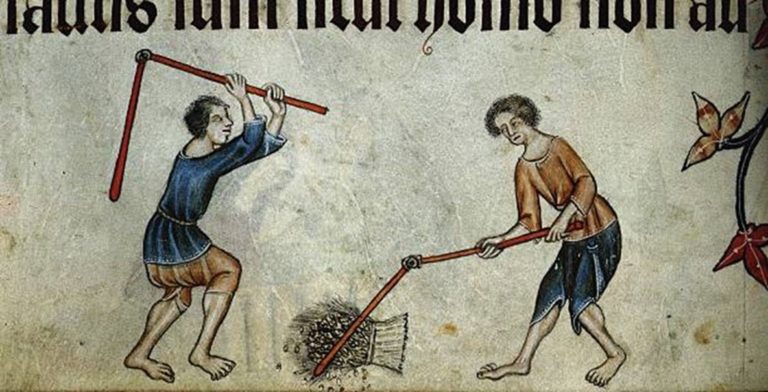 How Climate, Covid-19 and the Great Reset Are Taking Us Back to the Middle Ages

The rise of the educated middle class over the past 250 years is one of the great triumphs of Western civilization. But just as the middle class became ascendant, the intellectual left began figuring out how to tear it back down, an impulse that has since spread to virtually every privileged element in society. The elite’s war on the middle’s prosperity, social mobility and freedom has been accelerating. Where might it take us? Author David Solway is not alone in thinking it won’t end until we are reduced to a new serfdom that, though partially masked by the peons’ access to 21st century gadgetry and other technology, will be very similar in social structure and oppressiveness to the Middle Ages. 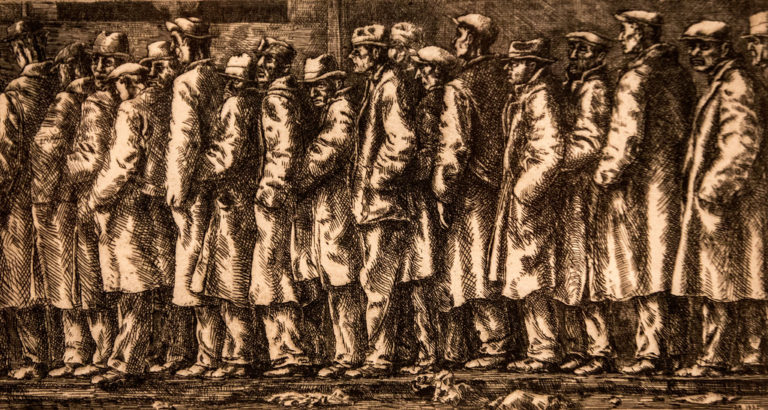 From Russia with a Psychology Lesson

We have fallen a long way since the day, seemingly lifetimes ago, when “The End of History” and the global triumph of liberal democracy were considered plausible political predictions. Today a bellicose Russia is still tormenting its neighbours, China is on a global rampage and democracy itself is looking beaten-up. Why is this happening? Maria Krylova believes that totalitarianism derives much of its momentum and longevity from the human psyche itself. In this essay drawing on her understanding of Russian history and literature, her formal education and her burning belief in freedom, the adoptive Canadian issues an eloquent warning that no society is truly immune.

Our Man in Stepanakert

How Climate, Covid-19 and the Great Reset Are Taking Us Back to the Middle Ages

From Russia with a Psychology Lesson

Canada’s economy was supposed to have been cruising along the road to recovery by late last year. Instead, the nation is once again shedding jobs, unemployment is high, companies continue to shrink or go under, entire industries are threatened and growth is almost nowhere to be seen. So why are governments seemingly doing everything in their power not only to hold back recovery but destroy much of what remains? Gwyn Morgan assesses several key areas of our nation’s battered economy and reviews the central role played by poorly thought-out, unneeded and avoidable government policies in each one.

A Practical Way for Canada to Reduce Greenhouse Gas Emissions

Carbon dioxide emissions are a globe-girdling phenomenon driven by industrialization, and atmospheric gases obviously don’t care about national boundaries. So it’s distinctly weird that some left-leaning governments, Canada’s Liberals among them, insist that recognized emissions reductions must take place right here at home! Isn’t the goal “saving the planet”? In fact Canada has a clean-burning energy resource that’s voluminously abundant and economically accessible with current technology – and which the world can’t get enough of. As Gwyn Morgan writes, jobs, wealth-creation, tax-revenue and environmental improvement on a global scale all await, if only governments dropped their ideological blinkers.

The Economics of Green Energy Ideology

Solar panels filling fields in cloudy northern countries. Wind turbines manufactured for export by the world’s largest builder of coal-fired power and worst emitter of greenhouse gases. Governments deliberately demolishing their country’s most valuable industry. It is increasingly clear that so-called green energy isn’t just another instance of youthful idealism going a little too far, much less a practical way to a clean future, but a nasty utopian ideology bent on impoverishing entire countries. Gwyn Morgan examines a slice of this destructive landscape and warns of the severe risk to Canada’s economic well-being.

A Practical Way for Canada to Reduce Greenhouse Gas Emissions

The Economics of Green Energy Ideology