Angela MacLeod Irons
August 17, 2013
Russia continues to criminalize homosexuality. In a recent national referendum, it voted overwhelmingly to define marriage exclusively as a union between a man and a woman. This news isn’t new to Angela MacLeod Irons, who writes of how a toxic brew of historical influences have combined to create a culture of homophobia that is unique to Russia.

Angela MacLeod Irons
August 17, 2013
Russia continues to criminalize homosexuality. In a recent national referendum, it voted overwhelmingly to define marriage exclusively as a union between a man and a woman. This news isn’t new to Angela MacLeod Irons, who writes of how a toxic brew of historical influences have combined to create a culture of homophobia that is unique to Russia.
Share on facebook
Share on Facebook
Share on twitter
Share on Twitter

When it comes to anti-gay laws, Russia’s new law against homosexual “propaganda” is far from the first. It is also far from the worst, as gays and lesbians in countries such as Nigeria, Yemen and Sudan risk flogging, stoning and execution. However, the world’s attention has landed on Russia due to the upcoming 2014 Olympic Games in Sochi, and many are asking how this new law came to be, as attitudes in many other countries around the world are becoming more accepting of the LGBTQ community.

What is most interesting about Russia’s recent events is that, to an outside observer, all signs suggest attitudes should be much more tolerant. Around the world, homophobia tends to increase along with higher religiosity of the population; however, Russia is largely secular, with only one third of Russians stating that religion is important in their daily life. Additionally, other contentious social issues, such as abortion, pre-marital sex and unwed mothers are well tolerated. It is therefore unexpected in this environment for widespread homophobia to occur. Although there are likely hundreds, or even thousands, of individual reasons for these attitudes, there are at least three ways that the country’s communist past contributed to its homophobic present.

Emporer Nicholas I enacted the first law against homosexuality in Russia in 1832. Although the stated penalty was exile to Siberia, the law was hardly ever used. In fact, homosexual relations among artists and the nobility were not uncommon, and even members of the royal family – most notably Great Prince Sergey Alexandrovich and Great Prince Konstantin Konstantinovich – were known to have homosexual lovers. It was not until the Bolshevik Revolution and the establishment of the Soviet Union in the early 1920s that attitudes began to change. Under the veil of communism, homosexual behaviour came to be seen as an activity undertaken by society’s elite with no place in the new Soviet state. The act of sodomy became specifically outlawed in 1934 with those convicted subjected to five to eight years in a prison colony. American researcher Dan Healey has attempted to collect data on the number of people convicted under this law, but found the records prior to the 1960s to be classified, fragmented, or missing entirely. However a total of 22,163 people were convicted between the years of 1961 and 1981. The number of annual convictions then began to fall until the law was abolished in 1993.

In addition to the criminalization of activities under the Stalinist government, the state of communism also affected the way homosexual individuals were viewed by academics and medical professionals. Cut off from the rest of the world, Russian scientists continued to believe that homosexuality was a temporary condition that could be cured with the right treatment, even as those in Western countries began to reach the conclusion that sexual orientation is a permanent state of being. Homosexuality was removed from the Diagnostic and Statistical Manual of Mental Disorders (DSM) in 1974 but remained an official psychiatric illness in Russia until as late as 1999. Laurie Essig, sociology professor at Middlebury College and the author of Queer in Russia: A Story of Sex, Self and Other, reports that many young lesbian women continue to be committed to psychiatric hospitals against their will. This attitude continues to be reflected in the general Russian population. An April 2013 poll by the Levada Center polling agency showed the 35 percent of those polled continue to believe that homosexuality is a disease, and 43 percent believe it to be a bad habit. Only 12 percent considered homosexual orientation to be normal (Pew Research reports that 80 per cent of Canadians believe society should accept homosexuality).

Finally, even though the majority of Russians are largely secular in their personal beliefs, the Russian Orthodox Church continues to wield immense political power. Approximately 80 to 90 percent of Russians continue to self-identify as Orthodox Christians despite the fact that very few attend regular services. Rather than the Church being seen as the path to personal salvation, it is instead viewed as symbol of national identity. The Church also remains an ally of the Putin government. Although the post-communism period initially introduced new freedoms for gays and lesbians, the Church has becoming increasingly outspoken in its opposition to homosexuality. Patriarch Kirill, the head of the Church, has even gone so far as to declare legalization of same-sex marriage as a sign of the apocalypse.

These influences have combined to create a culture of homophobia that is unique to Russia, and presents a very challenging environment for outside advocates and activists. Much like Stalin’s Great Purge and the Moscow Trials of the 1930s, those in authority are using this issue to further their own cause and increase their power base. There has always been the concept of “us vs. them” among Russians, and LGBTQ individuals and their supporters have become a convenient “them” for which to focus attentions. It is going to take much more than a hit song by Lady Gaga or Macklemore to change attitudes. While it is among the most evil manifestations, Russia’s homophobia is just one symptom of its collectivist and tyrannous history. It acts as a reminder that tolerance does not require secularity so much as a free society where all individuals, regardless of their religion, political beliefs, gender identity or sexual orientation, are allowed to live their lives in peace without state interference.

Angela MacLeod Irons is an Alberta-based public policy analyst and researcher and is a current Masters Candidate at the School of Public Policy, University of Calgary.

It is clear that “progressives” are intent on rewriting, discrediting or wiping out the past. That context helps to clarify the left’s horror at Alberta’s proposed new K-6 school curriculum. Its fact-based approach to elementary schooling includes the history of Western civilization back to its beginnings, and to progressives, that simply cannot stand. With the curriculum’s comment period open until next spring, the controversy continues to boil. A lifelong educator, Patrick Keeney well knows what progressives have been up to. Keeney sees this as the moment when parents and all those who believe in a genuinely liberal education can take back our schools. 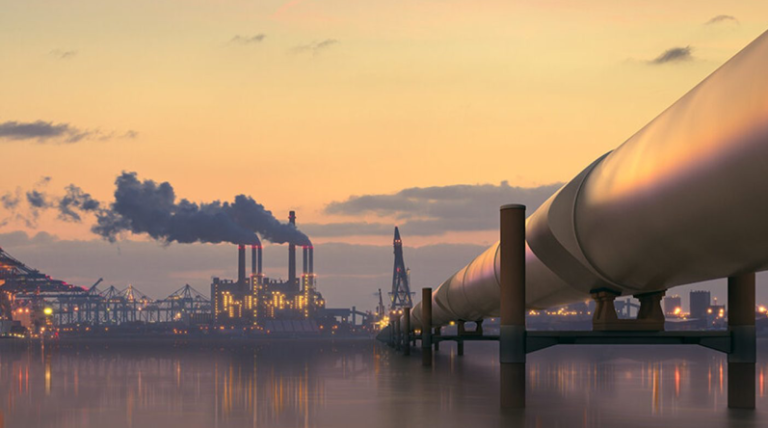 Book Review: The Baby Boom: How it Got That Way (and it wasn’t my fault) (and I’ll never do it again) by P.J. O’Rourke

Generational interloper Angela MacLeod Irons takes a look at P.J. O’Rourke’s new book on the baby boomers, finding that O’Rourke is as entertaining as ever, but betrays a certain amount of narcissism on behalf of his generation.

The Righteous Mind: Why good people are divided by politics and religion

Without the luxury of reverting to evidence, statistics, or reason, much of political debate reverts to questions who feels more virtuous. However in this review Angela Macleod-Irons discovers an author who has applied reason even to that ephemeral question. Jonathan Haidt’s Righteous Mind argues that the statists among us are not responsible for their views, they simply lack some intrinsic moral tools.

Book Review: The Baby Boom: How it Got That Way (and it wasn’t my fault) (and I’ll never do it again) by P.J. O’Rourke

The Righteous Mind: Why good people are divided by politics and religion