The West’s new ‘Cold War’ is with Dostoevsky’s Russia, not Stalin’s

Paul Robinson
April 16, 2015
As part of its efforts to help the West contain “Russian aggression”, the Harper government announced this week that 200 Canadian troops will soon join a U.S.-led mission to train Ukrainian troops fighting Russian-backed separatists in eastern Ukraine. But what, exactly, drives this “Russian aggression”? Is it Soviet-style imperialism or, as some have suggested, a Christian “Orthodox Jihad” against western secularism? Neither, writes Paul Robinson: it is pure Russian nationalism, asserting its bedrock belief in cultural independence.

The West’s new ‘Cold War’ is with Dostoevsky’s Russia, not Stalin’s

Paul Robinson
April 16, 2015
As part of its efforts to help the West contain “Russian aggression”, the Harper government announced this week that 200 Canadian troops will soon join a U.S.-led mission to train Ukrainian troops fighting Russian-backed separatists in eastern Ukraine. But what, exactly, drives this “Russian aggression”? Is it Soviet-style imperialism or, as some have suggested, a Christian “Orthodox Jihad” against western secularism? Neither, writes Paul Robinson: it is pure Russian nationalism, asserting its bedrock belief in cultural independence.
Share on facebook
Share on Facebook
Share on twitter
Share on Twitter

“All great nations,” wrote Fyodor Dostoevsky in an 1873 letter to the future Emperor Alexander III, “have manifested themselves and their great powers…and have brought something, if only a single ray of light, into the world, precisely because they have remained themselves, proudly and undauntedly, always and presumptuously independent.”

The West firmly disagrees. Despite their stated commitment to multiculturalism, most Western states in fact believe that the whole world should be like them – secular, democratic, and capitalist. Consequently, they tend to interpret any attempt by Russia to be “presumptuously independent” as an aggressive act. As Russian foreign policy has become more assertive in the past decade, the result has been a crescendo of accusations that Russia has started a “new Cold War”.

Former U.S. National Security Agency spook John Schindler claims that Russia is aggressively promoting its agenda through “Orthodox jihad”, which “bears more than a little resemblance to Holy War in a Russian and Orthodox variant.” Schindler writes that Vladimir Putin, “has created and nurtured a virulent ideology, an explosive amalgam of xenophobia, Chekism and militant Orthodoxy which justifies the Kremlin’s actions and explains why the West must be opposed at all costs.”

In Soviet times this was true, but not today. Marxist universalism is probably best seen as a product of the ideology’s Western origins. In this sense it was something of an aberration in Russian history. Under Putin, Russia has turned back towards its native roots. It is true that Putin has become more conservative over the past decade, and his religious faith appears genuine. Nevertheless, the depiction of his ideology as aggressive and messianic is wide of the mark.

Dostoevsky’s call for independence came not out of a desire for power, but rather out of the conviction that it was the only way in which a nation could bring anything of value into the world, “if only a single ray of light”. The great novelist inherited much of the intellectual baggage of nineteenth century Slavophilism, which derived from German Romanticism, and took from Romanticism the idea that national diversity was desirable. Nations contributed to the universal good not by blindly copying others (in Russia’s case by copying the West), but by nurturing what was unique and best about their own culture. National independence was seen as advantageous for the common international good.

Contemporary Russian nationalism shares this viewpoint. Given the multi-ethnic makeup of the Russian Federation, it is, as Nicolai Petro of the University of Rhode Island says, “polycultural”. “Polyculturalism and polyethnicity are in our consciousness, our spirit, our historical DNA,” Putin declared in 2013, castigating the West because its monolithic worldview led to “a rejection…of the natural diversity of the world granted by God.”

Even the more extreme contemporary Russian nationalists, such as the philosopher Aleksandr Dugin, share this belief in the value of diversity. Thus, while Dugin insists that Russia must isolate itself from Western decadence, he does not call for Russia to impose its own way of life on the West. Indeed, his position is quite the opposite – that different cultures should not impose themselves upon each other. Dugin theorizes that the conflicts of the future will be between Atlanticists and Eurasianists; the former will seek to spread the Western way of life, while the latter will defend the right of nations to live their lives, each in their own way.

As for the philosophers mentioned by Brooks, neither Solovyov nor Berdyaev were militant nationalists. Solovyov, for instance, remarked in his book The Justification of the Good, that “We must love all nations as we love our own. …Nations live and act not for their own sake…but for the sake of what can be of service to all.” And as the author Gordon Hahn has noted, “Berdyaev explicitly rejected the political, imperial project of Moscow as the ‘third Rome’ isolated from Western culture and ideals, asserting that this ‘imperial temptation’ led Russia ‘into a spiritual pit’.”

Ilyin (who is reputedly Putin’s favourite philosopher) could, by contrast, rightly be declared a nationalist, but even he toed the Slavophile line in maintaining forcefully that each nation should follow its own path. In Ilyin’s eyes, Western models did not suit Russia, but equally Russian models did not suit the West. The fact that the Kremlin is recommending books by these authors hardly proves that it is driven by “a highly charged and messianic ideology”.

Western ideology has always had universalistic tendencies, from the era of the medieval crusades onwards. It shares these tendencies with Islam, but less so with Orthodoxy, which has rarely shown any proselytizing zeal or given holy sanction to anything other than defensive war. Although some Byzantine rulers did attempt to harness religion to support their wars, their efforts were sporadic and generally met resistance from the Church authorities.

Schindler cites Putin’s admiration of Ilyin as evidence for his thesis that Russia is engaged in “Orthodox jihad”. Far from supporting holy war, Ilyin in fact wrote that “all my research proves that the sword is not ‘holy’ and not ‘just’.” This position is in line with Orthodox theology, which generally maintains that while war is sometimes necessary, it should never be seen as a positive good but only as the lesser of two evils. As Father Stanley Harakas, one of the leading experts on the subject, comments, “The Eastern Orthodox Patristic tradition rarely praised war and, to my knowledge, never called it ‘just’ or a moral good.” Schindler’s soundbite, “Orthodox jihad”, is an oxymoron.

Some American conservatives actually view Putin’s ideological stance with favour. Most notably, Patrick Buchanan has expressed admiration for the fact that Putin is “planting Russia’s flag firmly on the side of traditional Christianity.” But those who hope that Russia will lead an international conservative Christian revival are as mistaken as those who fear the same thing. Post-communist Russia is not seeking to export an alternative universal ideology to challenge that of the West; it is defending its own right to be “presumptuously independent.”

Dostoevsky wrote that, “We contain in ourselves, as Russians, the capacity of bringing a new light to the world, on condition of our development being distinctive.” Much of the conflict between Russia and the West springs from the incompatibility between liberalism’s universalistic claims and Russian nationalism’s assertion of a right to separate development.

Paul Robinson is a professor in the Graduate School of Public and International Affairs at the University of Ottawa. He is the author of numerous books and articles on Russian history, military history, military ethics, and international security, and he blogs at www.irrussianality.wordpress.com. 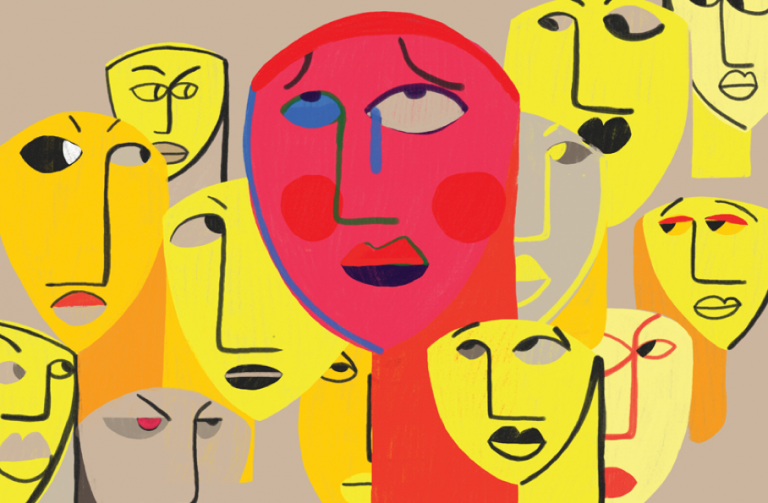 There are those who still love the Canada that is and was. Some are immigrants, and some don’t even live in Canada at all. Like Gourav Jaswal. The Goa, India-based entrepreneur is appalled at our country’s seeming descent into self-loathing. Last month, Jaswal made his case in a major national newspaper. In this follow-up piece he talks about the affecting experience of receiving a torrent of e-mails from patriotic Canadians, and the disturbing fact that virtually all who wrote him feel they are no longer allowed to speak freely in their own country. 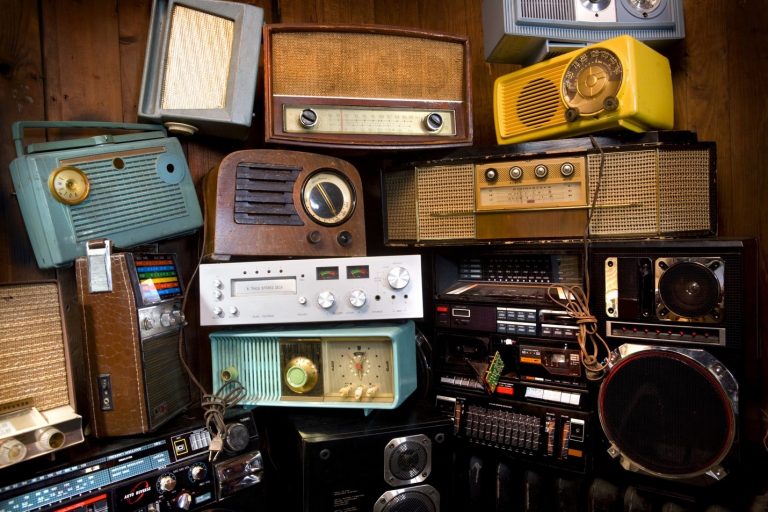 Criticism of Bill C-10, the Liberals’ controversial update of federal broadcasting legislation, has so far focused on the threat it may pose to your right to post cat videos on YouTube. As troubling as that may sound, the truth is much, much worse. Former CRTC vice-chair Peter Menzies looks back at the bill’s three-year long gestation and finds a government regulator with an antique worldview determined to enforce its will on a future of infinite possibilities. There’s far more at stake here than your adorable kitten’s latest pratfall.

Unceasingly masked up, we are now marching through the 16th month of the Covid-19 pandemic. With potential new health crises around the corner, it is time to ask whether the public mask mandate is justified. Although media “fact-checkers” would surely say otherwise, as would most political leaders and public health officials, the effectiveness of masking against Covid-19 is not scientifically proven. In Part I of a special two-part report on the science around population-wide mask use, Masha V. Krylova reminds us how it all began in March 2020 and explains that not all “emerging evidence” is of equal scientific quality – nor uniformly conclusive.

Threat Inflation in a Time of Peace and Stability

When Franklin D. Roosevelt said in 1932 that “the only thing we have to fear is fear itself,” he was trying to buck up America’s spirits during the depths of the Great Depression. It’s hard to imagine Prime Minister Stephen Harper saying anything quite like that in the context of today’s fears about terrorism, Russian aggression, and other national and international security threats. If anything, the PM seems to think we’re not fearful enough. But he, and all of us, should relax, writes Paul Robinson, because we’re actually living in a time of unprecedented peace, stability and security.

Threat Inflation in a Time of Peace and Stability