Wake Me Up Before You Go-Go

Wake Me Up Before You Go-Go

Philip Carl Salzman
June 30, 2017
German-American anthropologist Franz Boas demonstrated over a century ago that nurture matters much more than nature in determining who we are. Thanks in large part to that idea racism was discredited for a long time. Now it’s fashionable again, including in, of all places, our university anthropology departments. McGill University anthropologist Philip Carl Salzman explains.
Share on facebook
Share on Facebook
Share on twitter
Share on Twitter

The founder of anthropology in North America was Franz Boas, a German Jew who began his work in the early 20th century, when racial explanations of human behaviour were popular. Decades before European racism would come to fruition in the Holocaust, Boas was arguing against race as a way of understanding people. It would not have eluded Boas that the Canadian peoples he studied, the Inuit and First Nations of the Northwest Coast, were viewed by many with racist disparagement and discriminated against. In opposition to such views, he maintained that “nurture,” the learning of ideas, values, and actions from parents, peers, and community, rather than “nature,” biology and genetics, determined the course of human lives.

By mid-century racism was not just out of fashion, but actively reviled. Biological anthropologists assembled evidence showing how promiscuous gene flow led to gradual variations, or clines, within and among populations, such that no clear or immutable race-based characteristics existed. Thus there was no scientific basis for identifying races, or for believing that they had a reality in nature.

How times have changed! Racism is now back as an accepted and, indeed, celebrated way to explain human differences. And nowhere is it trendier than on university campuses in Canada, the United States, and beyond. Not just among radical students demanding race-based entitlements, but also within institutional processes such as faculty hiring.

Aboriginals are preferred to teach Aboriginal Studies. Middle Easterners are preferred to teach Middle East Studies. African Studies ditto. East Asian Studies ditto. The logic is partly borrowed from the tenets of modern feminism and sex and gender minority rights, which hold that only members of such groups can fully understand them. Attempts by outsiders to speak for or even about others is decried as “cultural appropriation”.

You might imagine that this would not sit well with cultural anthropologists, who often go to distant lands to study people who are different from them. But even anthropologists are now keen for racial hiring. At my university, McGill, where a big thrust is underway to expand First Nations Studies, anthropology professors are insisting on hiring a First Nations anthropologist. There is no way to square this with deracinated anthropology; it is simply, fundamentally, racist.

Ironically, these new racist hiring policies are prescribed to fight racism. In March, a pair of McGill Anthropology students published an article in the McGill Daily titled “Classroom Colonialisms: Calling out racism and working towards decolonial anthropology at McGill.” Leaving aside that the Daily is a student newspaper renowned for its anti-Semitic racism, the students’ solutions for racism in anthropology are hiring non-white staff and purging the classics of anthropology from the program because most were written by white males.

It is sad that people claiming to be students of anthropology do not grasp the simple and irrefutable logical point that making decisions on the basis of race is racism, no matter which races you favour. Perhaps they believe, as some of my colleagues in the McGill Anthropology Department do, that there is good racism and bad racism, and that they are advocating good racism. Yes, you read that right; “good racism.” We have heard such arguments many times in human history, and seen their consequences. Reducing people to demographic categories, rather than treating them as the unique individuals they are, is a betrayal of liberal values and the Enlightenment and of the idea of the university as an institution of civilization founded on universalistic criteria such as merit.

The hottest new idea among “social justice warriors” is “intersectionality,” which means that the interests of victim groups intersect, and that they should seek liberation through unity. Thus women, gays, people of color, and Muslims should unite to throw off their oppressors: men, heterosexuals, whites, and Jews. This idea ought to be dismissed as incoherent given that most women are heterosexual, that homosexuality is forbidden and women are obliged to be subservient in Islam, and that Jews are historically victims of Christians and Muslims.

But, inspired by intersectionality, the Black Lives Matter movement has expanded its fight against white police violence against blacks to ally with Palestinians against Jews, despite the long history of Arab involvement in the African slave trade and the institutional racism against blacks that persists today in many Arab countries. Black Lives Matter is equally blind to the realities of black homicide in America, where the 13 percent of the population which is black suffers 45 percent of the murders, of which 90 percent are committed by other blacks .

The new racism, predicated on the belief that there are good races, but also bad races, generally holds that white people are bad, because they are “privileged” and, in most developed countries, the majority.  They have not suffered as victims of racism like other races. But even that rule is selective and willfully ignorant of facts and history, not least the serial persecution of Jews and centuries of enslavement of white Europeans by Arabs.

It is no accident that the revival of racism coincides with the re-demonization of Jews. The Boycott, Divest, and Sanction movement on North American campuses is nominally aimed at Israel. But Jewish students are sometimes targets of invective, and even violence. In my Anthropology Department at McGill, professors have aligned themselves with BDS, as has the Anthropology Graduate Students Association, even though BDS fits the U.S. State Department criteria for anti-Semitism, as it selectively singles out and disparages Israel and advocates for termination of the country. Supporters of BDS stand with Palestinian Hamas, Fatah, Islamic Jihad, and others that promise variously to place Jews under the disabilities of subordinate-class dhimma status, expel them entirely from their historical home, or murder Israeli Jews and all Jews around the world (see the Hamas Charter). So my colleagues and students have thrown their support to people who advocate racial genocide.

Preoccupation with race has led to genocide before, and race again preoccupies in our universities. At the elite University of Chicago , the Arab Student Association, the PanAsia Solidarity Coalition, the Organization of Black Students, and the African Caribbean Students Association have combined into the UChicago United and demanded that the University fund and run separate segregated cultural houses for Asians, Hispanics, African and Caribbean students. They further demand that the University hire more professors who are “people of colour,” and that the hiring committees be at least half “people of colour.” As well they demand a bias oversight committee, which is empowered to discipline professors or students who have been reported to them as expressing bias in attitude or action. At the elite University of California, Santa Cruz, the “Afrikan-Black Student Alliance” hammered home similar demands by occupying buildings and blocking entrances and exits. The administration capitulated. The Alliance threatened more occupations if their demands are not met in a timely fashion.

At Evergreen State College in Olympia, Washington, race “activists” have demanded that whites vacate the campus for a “day of absence.” Groups roamed the campus to enforce this exclusion. Professors who objected were threatened, and the Olympia police urged them to flee campus. The President of the College, and the bulk of the academic staff, all supported the “no whites day.”

Race and racism are back in our culture, with a vengeance. But is anti-white racism a solution to racism against people of colour, or is the enhancing of race likely to encourage racism on all sides? We desperately need a voice like that of Franz Boas to remind us that race does not define who we are. Sadly, however, today his voice would be marginalized as that of a privileged white Jewish male. So what we need, apparently, are voices like that of the Reverend Martin Luther King, urging us to treat people as unique individuals, according to their personal qualities, rather than according to the colour of their skins. That is the true attitude of anti-racism. 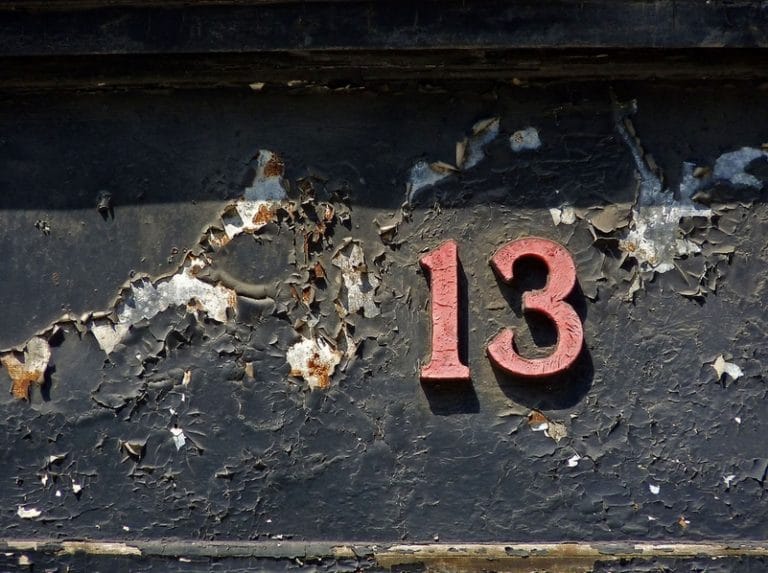 How do you make new laws and policies or reform old ones in a democracy? You talk openly about every aspect, carefully consider the pros and cons and the long-term implications, and strive to come up with solutions that are fair to everyone. That has been the ideal, anyway, in Canada since Confederation. So what happens when vast areas of law and policy cannot even be discussed any longer? Bruce Pardy lists the things that have become perilous to say regarding Indigenous issues – but that need to be said if Canada is to maintain a legal system that is fair to all Canadians. 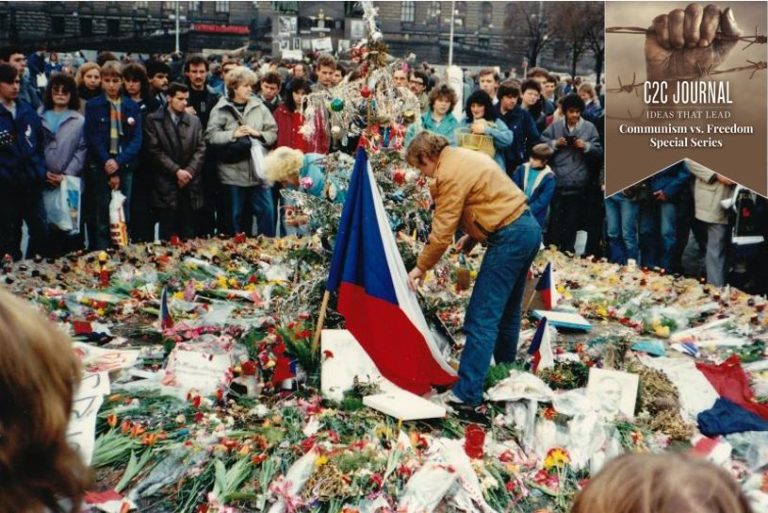 Supporting or working to bring about “democratic” socialism has become an alluring option for ever-more voters across North America. It is ascending on clouds of virtuous intentions, high hopes and utopian goals, backed by elaborate theories, with good doses of anger and envy adding punch. Yet it has all been tried before – and failed calamitously, an unmitigated horror ending in ruination. Luckily, people who have personally lived through it are still around to tell the tale. Through the eyes of one survivor of Eastern European communism, Doug Firby issues a stark reminder of what real oppression looks like and a plea to younger Canadians to resist the seductive call of socialism. 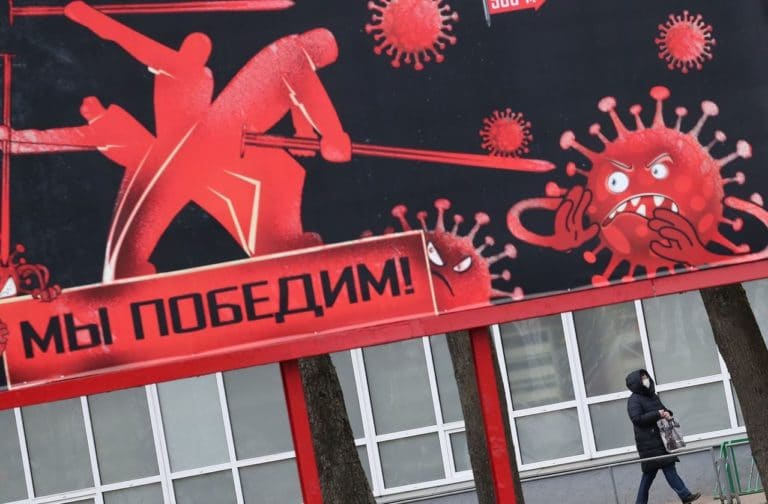 It will remain forever unknowable how Canada would have fared had our country not largely aped the “lockdown” model adopted by most of the advanced countries. But there is meaningful evidence for those who care and dare to look – and the implications aren’t pretty for our public health officials and their political acolytes. Brian Giesbrecht examined an obscure, far-off country run by an eccentric old man who decided to do the pandemic his own way – and may well have saved not only his nation’s economy but hundreds of his compatriots as well. 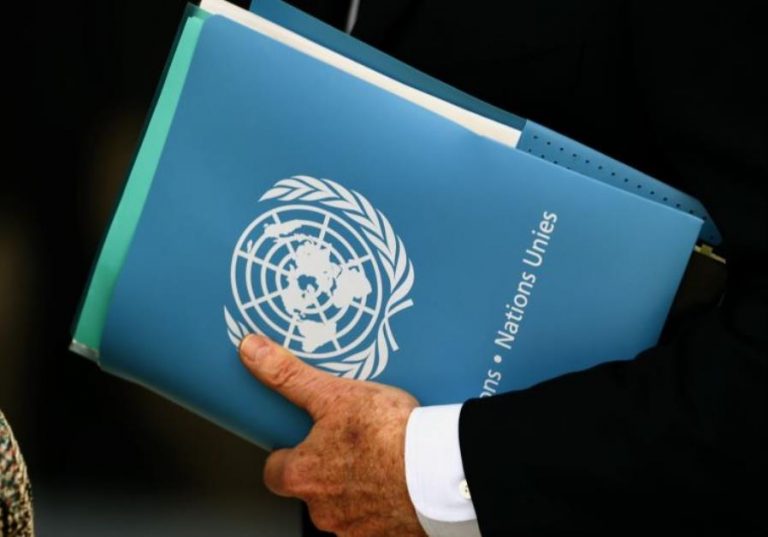 Facemasks and the Niqab

Wearing anti-Covid facemasks has renewed debate over Quebec’s Bill 62, which bars a person whose face is covered from delivering or receiving a public service. Predictably, commentary frames the debate around rights and religious tolerance. But as Philip Carl Salzman notes, the concept of human rights that emerged after the Second World War was based on absolute values, such as good vs. evil, directly opposed to cultural relativism.

Facemasks and the Niqab