Collateral damage of the ‘greenest city’

James R Coggins
August 24, 2018
The City of Vancouver officially aspires to be “the greenest city in the world”. But if it could see beyond the tip of its upturned nose, it would realize that its transit and land-use policies are dumping its traffic and pollution problems on neighbouring cities and towns in the Fraser Valley. James Coggins, eyewitness to the environmental carnage wreaked by Vancouver’s selfish green virtuousness, reports.

Collateral damage of the ‘greenest city’

James R Coggins
August 24, 2018
The City of Vancouver officially aspires to be “the greenest city in the world”. But if it could see beyond the tip of its upturned nose, it would realize that its transit and land-use policies are dumping its traffic and pollution problems on neighbouring cities and towns in the Fraser Valley. James Coggins, eyewitness to the environmental carnage wreaked by Vancouver’s selfish green virtuousness, reports.
Share on facebook
Share on Facebook
Share on twitter
Share on Twitter

The Trans-Canada Highway runs through the Fraser Valley less than a block from our house, connecting Canada’s primary west coast city, Vancouver, to the rest of the country. During rush hour, or when there’s an accident, we can see the traffic back-ups from our front windows.

Our local newspaper, The Abbotsford News, recently reported that the number of automobile accidents on the 62-kilometre stretch of the highway between Langley and Chilliwack (the municipalities to the east and west of Abbotsford, where I live) has recently doubled, from 540 in 2014 to 1,100 in 2017. That means there are now about three accidents a day. Over that three-year period, the number of accidents causing serious injury doubled from 230 to 470. Overall traffic only increased 2 percent a year, but transport truck traffic increased 70 percent, from 1,003 a day to more than 1,700 a day. Experts blame the increased number of accidents on the increased truck traffic, not necessarily because truckers are bad drivers, but because other drivers don’t leave sufficient stopping and maneuvering space for the big rigs.

The highway is simply not wide enough to handle the increased size and volume of traffic on it. Yet because of British Columbia’s mountainous terrain, the Fraser Valley is the only viable transportation corridor leading to Canada’s major west coast city and port, and the Trans-Canada Highway is the only major highway running through this corridor. For the most part, as it runs through Abbotsford from Chilliwack to Langley, it is only four lanes wide, two in each direction.

Despite this reality, many local politicians in metropolitan Vancouver oppose widening of the highway because they don’t want more traffic funneling into their already congested streets. The City of Vancouver has a goal of becoming “the greenest city in the world.” It wants people to travel by bicycle or by public transit. It is spending millions of dollars expanding bike lanes, and billions more are being spent to expand Skytrain (metropolitan Vancouver’s elevated rail transit system) and bus service.

It sounds like state-of-the-art socially and environmentally conscious urban planning, but there’s a catch: as housing prices soar in metropolitan Vancouver, people have been moving out into the Fraser Valley and commuting to work in the city. The major public transit systems do not extend out into the valley (politicians in Vancouver, Burnaby, and other parts of the greater metropolitan area want transit dollars spent in their cities, not out in the valley), so commuters have little choice but to drive on the highway.

The same issues feed the increase in truck traffic. Land has become too expensive in greater Vancouver, so industry is moving out into the valley. Molson-Coors Canada, for example, is in the process of moving its brewery, the largest in western Canada, from Vancouver to Chilliwack. In its effort to become the “greenest” city and reduce its emissions and carbon footprint, Vancouver is actively encouraging industrial relocation. It is happy that factories are being replaced by condos.

However, the result is that as industry is moving out of Vancouver into the Fraser Valley, it leads to a lot of manufactured goods being trucked back into the city. Furthermore, vast swathes of productive Fraser Valley farmland are being turned into industrial parks and parking lots for transport trucks.

Vancouver might succeed in becoming “the greenest city in the world,” but the world might not end up being any better off. In fact, the ever-growing number of accident victims being scraped off the Trans-Canada pavement in the Fraser Valley are decidedly worse off, thanks in large part to Vancouver’s selfish, holier-than-thou green policy imperatives.

These spring from the same mindset that opposes the Trans Mountain pipeline because the environmental activists of metropolitan Vancouver can’t bear the thought of Alberta oilsands crude flowing under their greenest subdivisions to ocean tankers that will deliver it to global markets. So oil from such environmental shirkers as Russia, Venezuela, and Nigeria will be consumed instead. If Vancouver policymakers really want to “think globally, act locally,” they would realize they can’t save the environment by simply moving pollution to someone else’s jurisdiction.

When Chief Justice of the Supreme Court of Canada Beverley McLachlin stepped down in 2017, she was regarded as one of the most consequential jurists in Canadian history, largely due to her court’s activist approach to the Charter of Rights and Freedoms. Her career arc was also widely considered a triumph of progressive feminism in the face of an entrenched legal patriarchy. That reputation is due for a re-assessment. Grant A. Brown sifts through the evidence of McLachlin’s autobiography and various post-retirement missteps, and unearths what he feels is a surprising lack of principle, objectivity and sound reasoning. 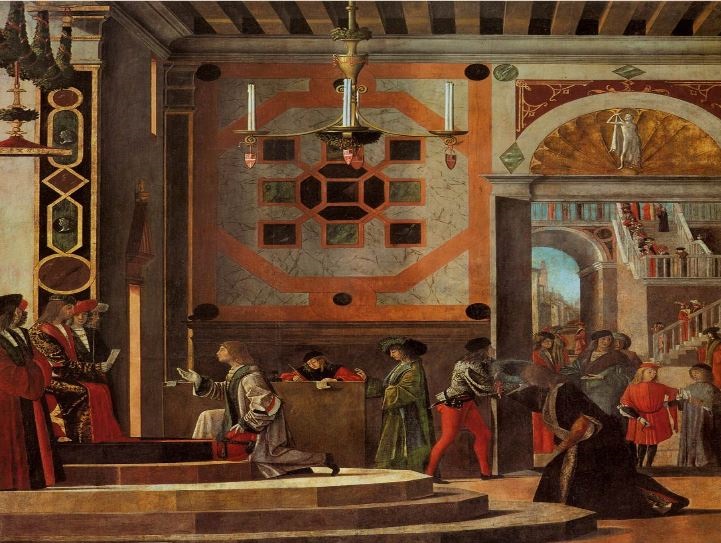 The sight of Justin Trudeau’s ministers genuflecting before petty aristocrats, anarchists, tire-burners and masked thugs sickened millions of Canadians – and made some of us think about hoarding critical supplies. Aside from the venality and sheer ineffectiveness of the Liberals’ approach, Gwyn Morgan was struck by our enlightened rulers’ bone-headed misunderstanding of diplomacy. Going cap-in-hand to the people who despise you is unlikely to end well. And when there are other options, it’s unforgivable. Morgan suggests instead applying age-old principles of diplomacy – like supporting one’s allies to maximize their influence. He should know, for he has done it himself.