Yule Schmidt
November 9, 2014
November 11 provides Canadians a sombre time to reflect on the sacrifices of our soldiers and to celebrate our victories in two world wars. But it also provides an occasion, writes Yule Schmidt, to ponder more generally the idea of a “good war” and to remind ourselves that some things are still worth fighting for.

Yule Schmidt
November 9, 2014
November 11 provides Canadians a sombre time to reflect on the sacrifices of our soldiers and to celebrate our victories in two world wars. But it also provides an occasion, writes Yule Schmidt, to ponder more generally the idea of a “good war” and to remind ourselves that some things are still worth fighting for.
Share on facebook
Share on Facebook
Share on twitter
Share on Twitter

Remembrance Day is our most important national holiday. While it is a somber occasion, it elicits a sense of unity among Canadians that we rarely feel around the normally divisive subject of war. On November tenth, we may stand separately under our political colours of choice, but on the eleventh, we stand shoulder to shoulder and feel the same sorrow and the same respect for our fallen soldiers.

That is particularly true this Remembrance Day. In light of last month’s murders of Warrant Officer Patrice Vincent and Corporal Nathan Cirillo, Canadians are feeling especially close to our armed forces and to one another this year. Yet soon enough we’ll return to the heated debate on whether to view those murders as terrorism or crime or psychopathy, and whether to engage in the larger battle against the Islamic State with fighter jets or food aid. Polls suggest a slim majority currently supports Canada’s deployment of military personnel, but that support seems shallow and precarious. If a CF-18 is downed by a surface-to-air missile or a Canadian bomb falls on civilians, we may quickly lose heart for the mission.

Canadians remain divided on what role our country and our military should play in the world. Some would have us increase investment in our armed forces and deploy them more aggressively. Some would have us engage only in UN-sanctioned peacekeeping missions. Still others would have us avoid interventions at all costs.

This wasn’t always the case. Remembrance Day recalls the broad legitimacy we bestowed on past conflicts, especially the World Wars. We may still debate the moral particulars of certain actions, but few dispute the justness of our fight against Nazism. The purpose of the First World War is murkier, but we generally celebrate its outcome and Canada’s worthy contributions. In contrast, by the time the last Canadian troops left Afghanistan a few months ago, there was no celebration of victory, and wide uncertainty about whether our 13-year engagement there was worth it.

Afghanistan was not a flawless war. No war is – it’s war. But far more unfortunate than any strategic or tactical error was the ebb of civilian support over time. War is a national endeavour, not just a military one. When a nation asks its soldiers to risk life and limb in defense of a cause, that nation is responsible for continuing to support those troops until the job is done – not only with weapons and tax dollars, but with moral support. We cannot, in good conscience, expect our soldiers to retain the morale to fight and die for a cause when we’ve stopped believing in it ourselves.

The Afghanistan War did not lose support because the cause became less just; it just became harder to pursue. Success has, erroneously, become the main metric of a war’s righteousness. When we win, it was a good war; when we lose, or it ends ambiguously, as in Afghanistan, it was a mistake.

In Kandahar, our soldiers dug in their heels and reclaimed Canada’s reputation as a combat force to be reckoned with – a reputation that has not been this strong since Vimy Ridge. But while our soldiers pushed forward, the nation pulled back. As a nation, we failed our men and women in uniform when we lost faith in the cause that we had sent them to defend because we’d grown “tired” of the war.

Only the future will tell if the progress made in Afghanistan is sustainable. If the country falls apart, then our disillusionment with the war will be complete. But the country won’t fall apart by itself; it will fall apart if we let it.

In his Address to Congress after the Yalta Conference, Franklin Roosevelt concluded: “Peace can endure only so long as humanity really insists upon it, and is willing to work for it – and sacrifice for it.”

This sentiment is missing in our judgment of the Afghanistan War, and in our ambiguity towards the mission against the Islamic State. War should not be judged by its difficulty or even its outcome, but by the merit of its cause. We remain convinced that the Second World War was necessary because the lines between good and evil were so clearly delineated.

So it should be with the current war against IS. We cannot know how events will unfold in the coming months and years, but we all recognize the barbaric actions of the Islamic State as evil. Quite apart from their explicit threat to export terrorism to our country, it is fundamentally inhumane to dismiss the butchering of Kurds and Iraqi Christians and others who don’t subscribe to their dogma as somebody else’s problem.

The battle against IS is not just a battle for northern Iraq, any more than the D-Day landing was just a battle for Normandy. Our current deployment to Iraq is another chapter in the larger and longer war against Islamic fundamentalism. It is not a war of East versus West, nor a war of Islam versus Christianity. It is, like the Second World War, a war between good and evil.

If there is anything we should remember this November 11th, it’s that there are still things worth fighting for. I do not admire war nor wish it upon my family, my fellow Canadians, nor my brethren around the world. But sometimes it’s a necessary evil. And in spite of the horrors we can expect in any war, we must stand with our soldiers until the job is done.

This Remembrance Day, let us reclaim our belief in the possibility of a good war. If we believe strongly enough in the cause, we will find the courage and the will to pursue no end save victory.

Yule Schmidt is a Whitehorse writer.

When do the words “transparency” and “accountability” mean the opposite of what an untutored citizen might think? Why, when they’re passing the lips of a Canadian civil servant. The federal bureaucracy also seems the one place where the digital revolution made everyone less productive. And while this sounds amusing (if pathetic), the federal bureaucracy’s power and intrusiveness just grow and grow while the freedoms of individuals and voluntary associations shrink and shrink. Former citizenship judge Joe Woodard takes a wry look at these trends and with good humour tracks the deadly serious slide of Canada from a free society in which everything that isn’t specifically forbidden is allowed, into something sadder, darker and more constrained.

Judging by the sheer volume of information coming our way, the Canadian news media are the very picture of health. But quantity isn’t indicative of quality, and the age of clickbait could put the final nail in the coffin of the nation’s legacy media. So who cares? Well, as online upstarts fill only a tiny proportion of the resulting void, the size, influence and market share of the taxpayer-subsidized CBC continue to grow – and some want it to grow further still. Could that possibly be good for diversity of news and views? Lydia Miljan lays out what ails the Canadian media business model, charts the deterioration of journalistic quality, points to the bright spots and makes the case for two practical and achievable federal policies that could allow our media sector to save itself. 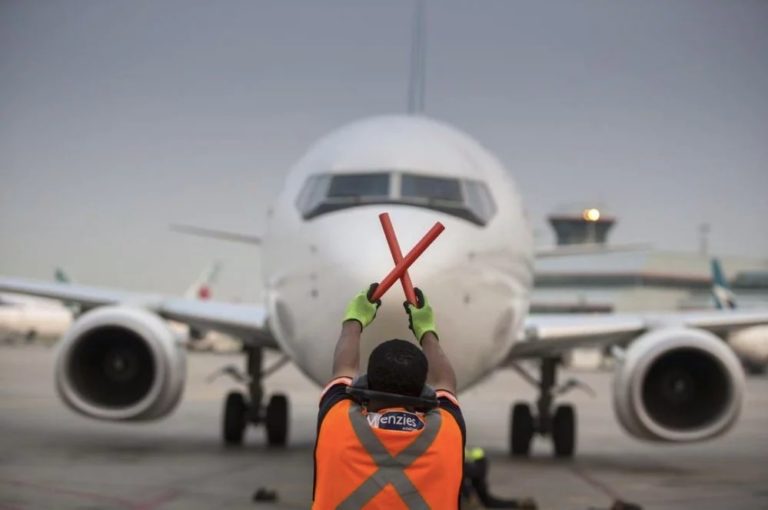 Could Canada’s Airports Go Bankrupt? (And Could That Be the Best Thing for Them?)

The debt-fuelled buildout of Canada’s airports, predicated on the dubious though common premise of unending growth in air travel, has stalled badly. While there’s been virtually zero news media attention, it seems the entire Canadian airport operating model could be about to crash and burn – at a time when governments are themselves wildly over-committed through their own borrowing binges. In this thoroughly reported original, Peter Shawn Taylor dissects Canada’s uniquely strange and problematic approach to owning and running airports, explains how we got into this mess and, looking to Europe and Australia for guidance, charts a way back out.

Could Canada’s Airports Go Bankrupt? (And Could That Be the Best Thing for Them?) 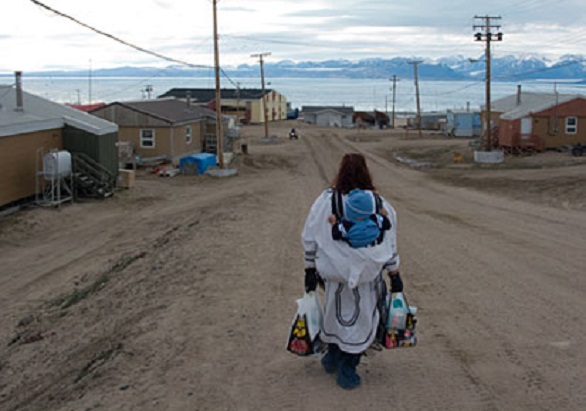 Why Clinging to Tradition Hasn’t Worked for Nunavut

Carving a new territory out of Canada’s Arctic in 1999 was done in the name of protecting the traditional ways of its majority Inuit population from the pernicious effects of modernism. Fifteen years on, is the so-called “Nunavut Project” a success? No, according to just about every measure of social and economic health, despite the territory’s tremendous potential. At the root of its problems is an enduring tension between the desire to uphold the Inuit traditional way of life and the reality of living in the modern world. And until this tension is resolved and modernity embraced as an advantage instead of a threat, writes Yule Schmidt, Nunavut’s promise will remain unfulfilled.

So Much Litigation, So Little Reconciliation

The aboriginal rights provisions in the 1982 constitutional reforms profoundly changed the way Canada deals with First Nations land and treaty claims. Before then they were mostly resolved through negotiation with governments. Since 1982, the courts have taken a lead role. As Chief Justice of the Supreme Court of Canada, Beverley McLachlin has made “reconciliation” the guiding principle of decision-making related to aboriginal rights cases. But after 30 years of litigation, writes Yule Schmidt, reconciliation is still a long way off.

All wars are crimes, but all soldiers are noble

Why Clinging to Tradition Hasn’t Worked for Nunavut

So Much Litigation, So Little Reconciliation