Stephen Harper’s Other Book: The Politics of Hockey

James R Coggins
January 26, 2019
Stephen Harper’s new book about the populist uprising against globalization provides pithy insights into contemporary politics. But his lesser-known 2013 work about the early days of professional hockey reveals more about the author and his place in politics. Just as the Central Canadian elites once conspired to keep working-class players out of hockey, so they tried to keep Harper out of power, and failed on both counts. James Coggins detects a hint of gleeful revenge in the hockey-as-social-history writing of Canada’s 22nd prime minister.

Stephen Harper’s Other Book: The Politics of Hockey

James R Coggins
January 26, 2019
Stephen Harper’s new book about the populist uprising against globalization provides pithy insights into contemporary politics. But his lesser-known 2013 work about the early days of professional hockey reveals more about the author and his place in politics. Just as the Central Canadian elites once conspired to keep working-class players out of hockey, so they tried to keep Harper out of power, and failed on both counts. James Coggins detects a hint of gleeful revenge in the hockey-as-social-history writing of Canada’s 22nd prime minister.
Share on facebook
Share on Facebook
Share on twitter
Share on Twitter

Stephen Harper’s new book Right Here, Right Now is receiving widespread attention and stirring considerable debate, and deservedly so. It’s a timely commentary on the nationalist-populist uprising against globalization that is so profoundly influencing our politics. His previous book, A Great Game: The Forgotten Leafs and the Rise of Professional Hockey, made far less of a splash when it was published in 2013. Reviewers weren’t sure what to make of it. Libraries didn’t know whether to classify it as a sports book or a political book. Why did Canada’s prime minister write a book about hockey instead of politics? How did he have time to do it while he was running the government?

In the acknowledgements, Harper said he wrote the book because he needed a hobby away from his demanding job. Former PMO staffers recall how, at the end of a long day at work, he would set aside his briefing books, pull out a thick research binder, and tap out a few more pages about hockey history on his laptop. Writing a book is very hard work. It is hard to conceive of doing so for fun or as recreation. Harper’s choice certainly reinforced his image as a serious, work-before-play kind of man, a guy who once said he didn’t have enough personality to go into the family business of accounting.

On the other hand, for those who took the time to read it, A Great Game upset a number of preconceptions. Many people perceived Stephen Harper as someone totally preoccupied with politics. They found it almost incomprehensible that he would devote so much energy and passion to something as frivolous as hockey. Especially since he was, by his own admission, never much of a player himself. He was also considered by many to be a narrow-minded right-winger (in the political sense, not the hockey sense). And yet the book reveals a remarkable sensitivity to social, cultural, and economic issues affecting average people. In many ways, it is more of a social history than a sports chronicle.

Although he was born and raised in Toronto, Harper was also often characterized as a dyed-in-the-wool Albertan, a western chauvinist with little understanding of or interest in “Central Canada.” Yet A Great Game is focused on Ontario – Toronto in particular – and Quebec, and reflects prodigious knowledge and understanding of the socio-economic, cultural, and intellectual history of Canada’s largest provinces.

Finally, many liberal intellectuals have tended to dismiss Harper as an intellectual lightweight. Yann Martel, the one-hit novelist (Life of Pi) and former darling of the literati, famously sent dozens of books to the prime minister while he was in office in an evident attempt to expand his mind, or at least get his government to be more generous with arts funding. One can imagine it being puzzling to Martel et al, if they noticed, that Harper could produce a well-researched and well-written volume, in his spare time.

A Great Game traces the development of professional hockey in Canada (as well as the United States), with a strong focus on Toronto. It dwells particularly on the Toronto Professionals, the first Toronto team to play for the Stanley Cup (in 1907, losing to a team from Montreal), and the Toronto Blue Shirts, who won the Cup in 1914. Harper notes with irony that neither of these teams has ever been acknowledged as part of the heritage of the Toronto Maple Leafs, a franchise that hasn’t won the Cup for over half a century.

Harper opens with a long and insightful explanation of the stubborn opposition to the development of professional hockey, in Ontario especially. It certainly seems puzzling in light of the multi-billion-dollar industry we know today. But as Harper explains, at the start of the 20th century sports were considered an activity for upper class young men at upper class schools. Sporting activities were seen as preparation for social leadership, including in war. If hockey players needed to be paid, it meant that they were from the lower classes and therefore should properly be spending their time working rather than playing sports.

This attitude was championed particularly by southern Ontario pseudo-aristocrats of British ancestry. A central figure in Harper’s telling of this story was John Ross Robertson, “an ardent British imperialist.” For years, Robertson ruled the Ontario Hockey Association (OHA), which fought an unrelenting war against professionalism, banning every player even suspected of receiving payment for playing any sport. Robertson’s view had strong support from the leading Toronto newspapers of the day. This was no accident. Robertson himself was the founder and publisher of the Toronto Telegram. His close colleagues in the OHA included Francis Nelson, sports editor of the Toronto Globe, and W.A. Hewitt, sports editor of the Toronto Star.

It should be noted that the intellectual descendants of these men are the contemporary liberal media, political, and financial elites of Ontario who once dismissed Harper as an interloper, a middle-class conservative westerner who would never amount to much in politics or literature. Just as their ancestors tried to shut working-class stiffs out of making money playing hockey, when Harper appeared on the political stage, they continued to radiate disdain for outside competitors for their status and entitlements. It’s an oligarchical state of mind: among the doyens of the International Olympic Committee who continue to champion “amateur” sports while controlling the wealth it generates are numerous descendants of European aristocracy.

In addition to their other failures to appreciate Stephen Harper, few of his critics recognized that Canada’s 22nd prime minister had a well-developed sense of humour. In fact, their relentless campaign to drive him from office relied greatly on the myth that he was a dour, spiteful ogre. Harper’s hockey book is by no means a laugh-a-page, but it’s filled with consistently interesting and often deliciously wry observations for readers open to appreciating them.

Among them is the amusing revelation that the first professional hockey team in Toronto was named, unimaginatively, the Professionals. It was formed in 1906 with high hopes of winning the city’s first Stanley Cup. That didn’t happen for the Professionals, or Toronto, until 1914, when the Toronto Blue Shirts finally captured hockey’s holy grail, 21 years after it was minted. Sadly, the team’s roster almost immediately disintegrated. Many of the same players won the Stanley Cup again in 1917 – while playing for the Seattle Metropolitans. That was the same year the National Hockey League was formed with the express purpose of getting Toronto and its troublesome owner out of professional hockey. This was accomplished by dissolving the National Hockey Association and reconstituting the league under a new name with most of the same teams, except Toronto. The author clearly revels in recounting these anecdotes at Hogtown’s expense. Indeed, the undeclared subtext of A Great Game might be that hockey (and Canada) wins when Toronto loses.

James R. Coggins (www.coggins.ca) is a writer, editor, and historian based in Abbotsford, B.C.

Canada has so far ducked the extreme growth in the Covid-19 hospitalization and mortality rates afflicting some other countries. The worst is certainly still to come, however – and when it does, the shortfall in Canada’s health care capacity will be laid bare. The vulnerability was largely avoidable, points out Gwyn Morgan, if Canada like nearly all other countries had only allowed private health care delivery alongside its public system. When the nation comes out the other side of the pandemic, Morgan writes, a health care policy reckoning will be long overdue.

Democratic politics must continue even in times of war. Despite suspension of the federal Conservative leadership race amidst the coronavirus, members and supporters still need to think about how to shape their party and pick the right leader to best meet the many challenges of our era. C2C Journal has looked at revived Red Toryism, at uncompromisingly principled conservatism and at the decidedly compromised but successful Harper way. We have sought insight from abroad. And now we turn to populism. Barry Cooper applies his usual fearless thinking and cheerful bluntness to evaluate whether the Canadian political landscape has become hospitable terrain to a Canadian Trump. 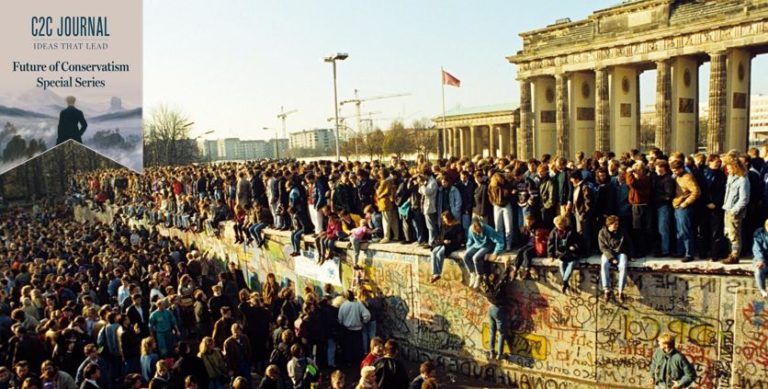 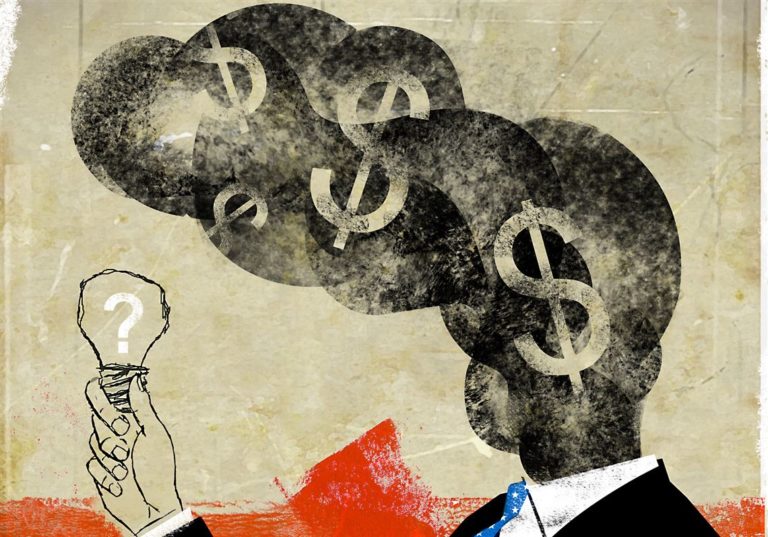 By clicking SUBSCRIBE, you agree to receive emails from C2C Journal. You can unsubscribe at any time.