The War Against Creative Destruction: Why Government Bailouts Only Make Things Worse

Paul Beaudry
September 24, 2009
Conventional wisdom quickly cemented around the notion that to deal with the economic windstorm, governments had to come to the rescue with funding to save failing businesses. In the long-term this does more harm to the business world than anything because businesses fail to curb risky behaviour and are enabled to continue poor decisions, knowing the state will be there to rescue them.

The War Against Creative Destruction: Why Government Bailouts Only Make Things Worse

Paul Beaudry
September 24, 2009
Conventional wisdom quickly cemented around the notion that to deal with the economic windstorm, governments had to come to the rescue with funding to save failing businesses. In the long-term this does more harm to the business world than anything because businesses fail to curb risky behaviour and are enabled to continue poor decisions, knowing the state will be there to rescue them.
Share on facebook
Share on Facebook
Share on twitter
Share on Twitter

Since the New Deal, a theory accepted by many holding political power has been that government spending is the best way to rescue a country from economic hardship. According to so-called Keynesian reasoning, governments must boost spending to stimulate aggregate demand.

The plethora of government spending initiatives in the United States under the Obama Administration since the 2008 economic crisis have demonstrated that that Keynes’ mentality is still firmly ingrained in the minds of today’s political leaders and top economists. Indeed, governments around the world rushed to implement a wide range of spending initiatives designed to salvage their failing economies and to increase output. The American government has led the way with Wall Street bank bailouts, partial nationalization of General Motors and “recovery” legislation providing US$787-billion in stimulus money, which has been used for a wide array of purposes, such as the rehabilitation of airport runways, the building of sidewalks, and the purchase of dried fruit![1]

Canada has followed America’s lead and, although on a lesser scale, has implemented numerous stimulus pending programs. The 2009 Canadian budget included $12-billion of infrastructure spending over two years, $8-billion for housing and construction, and many more billions for the forest, manufacturing, and construction industries. Canada also took part in the partial nationalization of GM, costing taxpayers $10.6-billion; that amount is likely to increase in coming years.

American Federal Housing and Monetary Policy Leading Up to the Recession

For many years, the American government has implemented policies to boost home ownership, especially among its low-income population. During his presidency, George W. Bush often praised what he referred to as the “ownership society”:

Policies promoting homeownership in the United States go back to 1977 when the Carter administration adopted the Community Reinvestment Act to reduce discriminatory lending practices in lower-income neighbourhoods. This legislation forced banks to provide risky mortgage loans to un-creditworthy borrowers and gave community groups the right to protest against banks’ non-compliance with the law, possibly hindering business plans for mergers and expansion. In 1992, the Clinton administration adopted legislation requiring Fanny Mae and Freddy Mac, the two government enterprises that purchase and securitize mortgages, to devote a percentage of their lending to support affordable housing.

Serious problems linked to the U.S. government’s housing policies arose when by 2003/04 financial institutions responded to strong federal policy incentives to extend mortgages to un-creditworthy borrowers by creating huge quantities of assets based on risky mortgage debt.[3] Banks knew they could indulge in such risky behaviour because the federal government had a history of bailing out financial institutions when risk-taking activities failed. Combined with the Federal Reserve’s artificially low interest rate policy in the early 2000s (a policy that is to blame for extending the housing bubble), this situation was bound to be catastrophic when housing prices stopped rising – as they did in 2006. The steep decline in value of mortgage-backed assets caused a panic within financial institutions that had previously relied on those risky assets. This prompted the federal government to intervene in order to prevent bank failures.

Bailouts and Stimulus Spending: Will They End the Crisis?

Clayton Homes, a home construction and lending business owned by Warren Buffett, is a good example of a company suffering from government “stimulus” spending. Due to its high lending standards, Clayton Homes has a good balance sheet. The business has not needed any government assistance to survive. However, Clayton Homes is now facing a formidable competitor: the government. As Buffett told his investors, Clayton’s competitors that had engaged in risky loans are now benefiting from extended loan guarantees from the government:

Though Berkshire’s credit rating is pristine – we are one of only seven AAA companies in the country – our cost of borrowing is now far higher than competitors with shaky balance sheets but government backing.[4]

Similar reasoning applies to the bailout of the auto manufacturers. By subsidizing North American manufacturers, the Canadian and American governments ended up giving money to companies whose products were not competitive and provided such companies with an unfair advantage vis-à-vis their competitors. Additionally, the bailout will likely have the effect of hurting the “Big Three” in the long run because they will have no incentive to undertake a much needed restructuring of their assets and business, allowing them to reemerge as profitable businesses. The American auto industry should have followed the example set by the steel industry when it allowed unproductive and inefficient mills to shut down. Unfortunately, due to the extensive government involvement in the auto industry, such a rationalization of business activities might never occur.

Aside from moral hazard, government intervention has negative long-term effects for taxpayers. Despite the fact that stimulus spending may improve the economy in the short run, it will contribute to ballooning deficits that will have to be paid for by future generations. As Alan Reynolds, senior fellow at the Cato Institute, pointed out:

That so-called stimulus bill was, of course, a $787 billion deferred tax increase, plus interest. Although investors could not be sure when the tax bill would be presented, Obama warned us that the first installment would come from higher tax rates on dividends, capital gains, stock options and the profits from foreign affiliates of multinational corporations.[5]

Another New Deal Is Not the Solution

In her groundbreaking revisionist book about the New Deal, The Forgotten Man[6], Amity Shlaes contends that government spending did not contribute to the end of the Great Depression. Instead, it was the lack of faith in the market demonstrated by Presidents Hoover and Roosevelt that was responsible for extending economic malaise. Indeed, the “bold, persistent experimentation” favoured by President Roosevelt led to dramatic destructions of wealth, the cartelization of many industries, and high unemployment.

Shlaes’ conclusions provide support to those who contend that economies cannot be fixed by massive government spending programs that rescue inefficient corporations and create significant deficits to be paid off by future generations. Rather, the most effective way to fix an economy during an economic crisis is to cut government spending and cut taxes in order to increase competitiveness and strengthen the foundations of a prosperous and entrepreneurial society.

Paul Beaudry is a lawyer based in Montreal. He previously worked as senior policy advisor to the federal Minister of Industry, Maxime Bernier. Paul also serves as corporate secretary of the Montreal Economic Institute.

[1] For an exhaustive list of government projects funded with stimulus money, visit : www.recovery.org.

The news business is at its least reliable when reporting on itself. Coverage of a media company’s own financial results, for example, is inevitably glowing and upbeat, whatever the actual figures might say. The same thing holds for concerns over “fake news”. Seizing on recent panic about the spread of misinformation, and thanks to a generous federal grant, Canada’s legacy newspapers have devised their own system for identifying fake news. But as Peter Shawn Taylor discovers, the criteria strangely celebrate their own product at the expense of their many online competitors. And much of it contradicts the basic rules of good journalism. 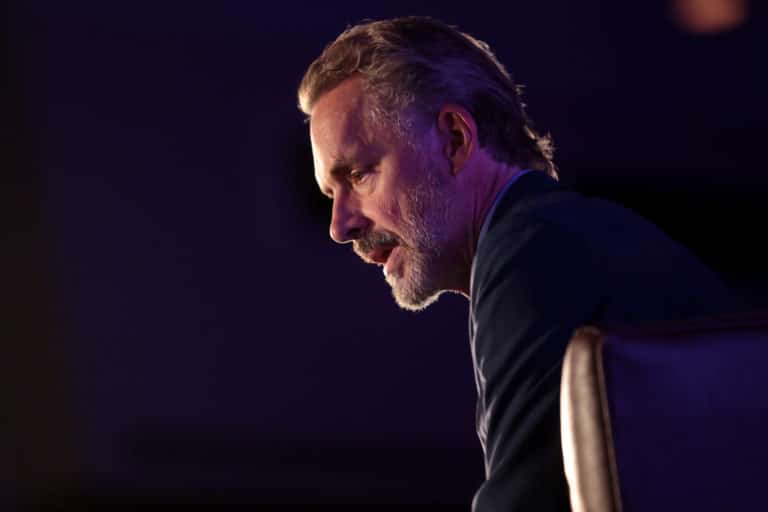 Who kicks a person when they’re down? Who dresses up their own resentment, spite or ideological fervour as analysis? One doesn’t need to agree with Jordan Peterson’s every idea to regard his recent comeback from the brink of death, destruction and oblivion as welcome, commendable and inspiring. At least worth a shred of empathy. But not from the more doctrinaire of his woke Left critics. As Janice Fiamengo finds, they aren’t just revelling in the popular author’s misfortune but are committing what they normally consider an unforgivable sin: blaming the victim. 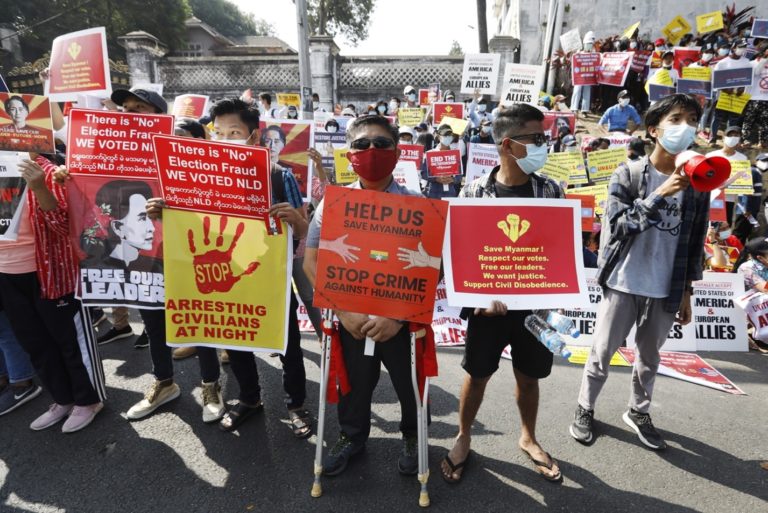 George Orwell on the Myanmar Coup

“The whole aim of Newspeak is to narrow the range of thought”, George Orwell wrote in his famous novel Nineteen Eighty-Four. “In the end we shall make thoughtcrime literally impossible, because there will be no words in which to express it.” Orwell understood that whoever controls language controls political thought. And such an insight is as applicable to Myanmar in 2021 as it was to Oceania in 1984. Using Orwell as his guide, and relying on his extensive personal contacts throughout the country, C2C Journal associate editor Patrick Keeney takes a close look at reality and meaning in the recent coup in Myanmar.

George Orwell on the Myanmar Coup

The language and culture barriers between Quebec and the rest of Canada fuel the proliferation of shallow stereotypes. Looking at La Belle Province from Halifax or Vancouver or Toronto, it’s easy to imagine legions of leftists in a sea of sovereigntists. The political reality is much more complex, of course, and Paul Beaudry proves the point. A natural born contrarian, he grew up francophone, federalist and conservative in Montreal. Then he discovered libertarianism, which further antagonized his teachers and inhibited his social life. Today, though, with separatist and socialist fortunes ebbing in Quebec, Beaudry no longer feels like a lonely right-wing counter-revolutionary.

Beware the CAQ: How the “efficient” left might eliminate Québec’s only right-of-centre party

The Quebec conservative scene has been shaken-up by the emergence of a new political movement — and now official political party — called the Coalition pour l’avenir du Québec (CAQ). Paul Beaudry argues that despite media spin, the coalition is not to be considered “conservative” in any sense of the word, and that the right-of-centre Action démocratique du Québec (ADQ) should rebuff attempts at a merger.

Beware the CAQ: How the “efficient” left might eliminate Québec’s only right-of-centre party