Don Hutchinson
May 27, 2014
Almost 50 years after then-Justice Minister Pierre Trudeau liberalized Canada’s abortion law, his eldest son and latest successor as leader of the Liberal Party has plunged the country back into this gut-wrenching debate. Trouble is, Justin Trudeau’s illiberal position rests on bogus interpretations of the Charter, the Supreme Court and his father on abortion. Can he rebuild the Liberal party by stifling debate and misrepresenting history? Don Hutchinson is doubtful…
Stories

Don Hutchinson
May 27, 2014
Almost 50 years after then-Justice Minister Pierre Trudeau liberalized Canada’s abortion law, his eldest son and latest successor as leader of the Liberal Party has plunged the country back into this gut-wrenching debate. Trouble is, Justin Trudeau’s illiberal position rests on bogus interpretations of the Charter, the Supreme Court and his father on abortion. Can he rebuild the Liberal party by stifling debate and misrepresenting history? Don Hutchinson is doubtful…
Share on facebook
Share on Facebook
Share on twitter
Share on Twitter

Justin Trudeau inherited a shrunken political party from his immediate predecessors after they effectively shredded the fabric of his father’s Big Red Tent. Pierre Trudeau’s Liberal Party made room for a broad spectrum of opinion. Among many other trail-blazing initiatives, it passed his controversial but widely-popular legislation permitting abortion only when approved by a hospital committee as necessary for the health of the mother.

Devastated by the fall from majority government to third party in the House of Commons in just over a decade of leadership under Paul Martin, Stéphane Dion and Michael Ignatieff, Canada’s “natural governing party” sought to go back to the future in selecting Justin Trudeau as its next leader and hoped-for saviour.

Since becoming leader, Mr. Trudeau has made some questionable comments in public settings, including an expression of admiration for the Communist government of China. He also appears to have frustrated NDP Leader Thomas Mulcair by adopting positions on some issues that steer his party away from the political centre toward the political left. Liberal Party insiders were surprised when Mr. Trudeau jettisoned the Liberal caucus in the Senate. This month they were caught off guard again when he decreed that candidates for the Liberal Party would have to support the same extreme pro-choice (no limits on abortion in Canada) position espoused by Mr. Mulcair’s party.

Whether by accident or design, Mr. Trudeau’s May 7 pro-choice announcement has re-ignited the public debate over abortion to a level unprecedented in recent decades.  He continues to fuel the debate by his efforts to clarify and bolster his comments; most recently sending a letter to Liberal Party supporters and establishing an online petition in what looks like a desperate effort to secure his position on the issue based on two myths.

As leader of the Liberal Party, Mr. Trudeau may dictate his party’s platform and policies. But he can’t change the truth.

Many have pointed out to him that the 1988 decision of the Supreme Court of Canada in R. v. Morgentaler did not recognize an unfettered right to abortion. The decision struck down the law put in place by Trudeau the elder on the basis that it resulted in unequal access to the decision-making hospital committees for women based on where they lived in Canada.

In speaking to law school students on this case, I conduct a brief show of hands quiz on whether they have been taught in first year constitutional law that there is a right to abortion and whether they have actually read the Morgentaler 1988 decision for themselves. The majority typically say yes to the former and no to the latter.

Despite getting an earful on the facts of the Morgentaler decision, two weeks after initiating the controversy Mr. Trudeau sent a letter to Liberal Party faithful propagating the myth that section 7 of the Canadian Charter of Rights and Freedoms provides a right to abortion. In addition, he invited people to sign a petition which further propagates this myth he now knows to be false, if he did not know before.

Mr. Trudeau also invokes the name – and Catholic faith – of his father in an effort to sway support. Pierre Trudeau had an interesting journey of faith; one that included earning a reputation as a lover of women, both before and after he married, contrary to the principles of his faith and not quite in the way implied by his son. His abortion law was likewise at odds with his Catholicism, but just as he famously believed that the state had no place in the bedrooms of the nation, his church had little place in the policy-making of his state.

Don’t worry, he told Roman Catholic leaders who feared his Charter might one day be used to strike down the restrictions in his abortion law, if that ever happened Parliament would surely use the notwithstanding clause in the Charter to secure its continuance. He felt it was a reasonable measure to protect both the unborn and the potential for imperilled health of the mother.

The evidence ought to be clear to everyone: The myth of Prime Minister Pierre Trudeau supporting an unfettered right to abortion is … a myth.

Agree or not with his politics, Mr. Trudeau le pere was a leader who opened the Liberal “Big Red Tent” to a multiplicity of ideas and political positions on the issues of the day. Mr. Trudeau le fils seems more bent on following the course set by his immediate predecessors than that of his father. By embracing an extreme, intolerant, and mythologized position on abortion, the path he appears to be on is towards an even smaller Red (Pup?) Tent or a merger with the NDP. This is manifestly not the way to reach the hearts of honest voters.

Don Hutchinson is former Vice-President and General Legal Counsel with the Evangelical Fellowship of Canada. An expert in Constitutional law, he has appeared several times before the Supreme Court of Canada and committees of Parliament and the Ontario Legislature.

The New Riel Rebellion: Who is Métis?

Whether you consider him a patriot or traitor, Louis Riel’s two rebellions in the 1800s were grounded in practical matters of geography and political representation – with the overarching goal of bettering the lives of the Métis people Riel claimed to represent. But today, a nasty dispute among Métis organizations is fixated on internal power struggles and matters of racial identity rather than greater prosperity and respect for all. At the centre is a multi-million-dollar lawsuit that turns on competing definitions of Canada’s mixed-race Métis and arguments over who should represent them. Peter Best explores the legal origins of this fruitless struggle and what it might hold for Canadian taxpayers of all races and combinations. 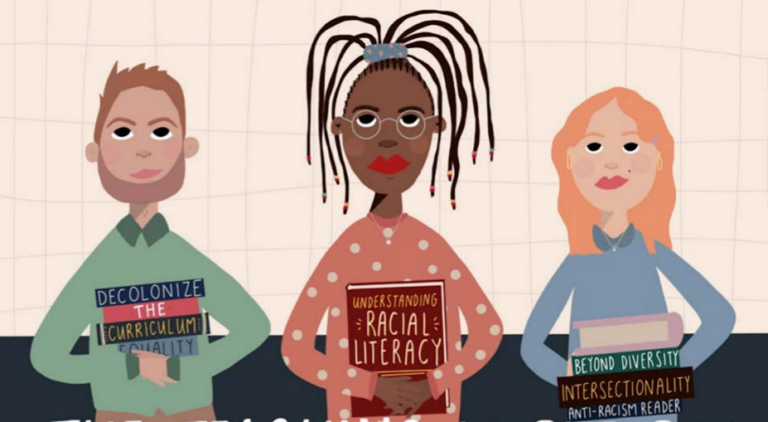 Parental Pushback: The Fight Against Critical Race Theory at an Ontario School Board

If the first precept of medicine is to do no harm, then surely that same principle should hold for education as well. And yet the growing determination among school boards and teachers’ organizations to force critical race theory into the classroom threatens great harm to the children they’ve been entrusted to teach, as well as to the targets of critical race theory and society at large. David Millard Haskell offers a first-hand account of what happens when this socially-divisive and fact-blind Marxist ideology infects a major school board in southwestern Ontario. It’s an education in chaos.

Rush to Outrage: The Case of Collin May

A successful society depends on the contributions of many unelected civic-minded individuals who feel a duty to serve others. But who would put their name forward for such public service if they knew it was likely to unleash a torrent of politically-motivated abuse? Case in point: Collin May, recently appointed chief of the Alberta Human Rights Commission. Despite being eminently suited for the job, May was last week accused of “overt racism” and faced calls to resign because of a book review he wrote for C2C Journal 13 years ago. It’s an accusation built on a blatant misreading of the text and disregard for historical truth. The editors of C2C Journal examine the toxic implications of this “attack first, ask questions never” approach to public discourse. 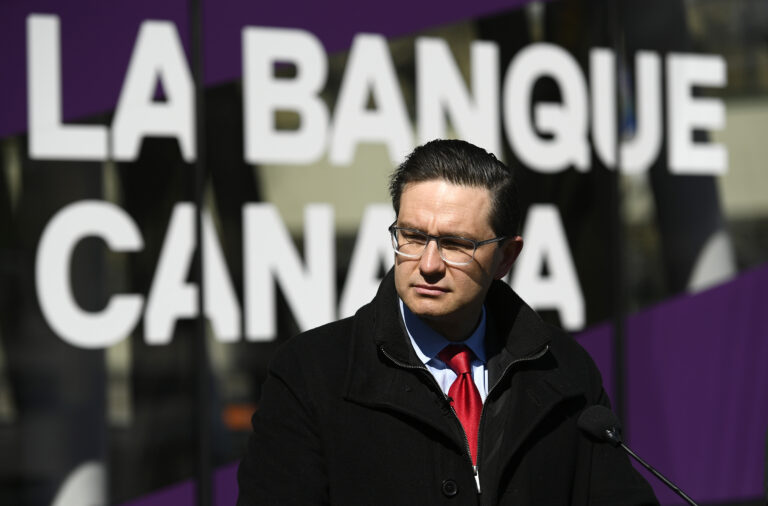 The New Riel Rebellion: Who is Métis?

Parental Pushback: The Fight Against Critical Race Theory at an Ontario School Board 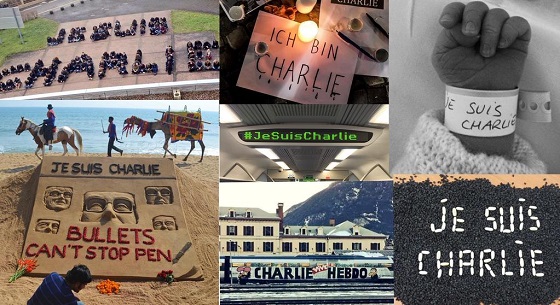 The hashtag that changed the world – for a day

The outpouring of support for freedom of expression in the aftermath of the Charlie Hebdo massacre in Paris was worldwide – and an inch deep. Days later, a Canadian court upheld a university’s bid to silence a campus pro-life group. Meanwhile, freedom of religious belief and expression are under attack by law societies across Canada that are trying to prevent graduates from a Christian university from entering the legal profession. The fact that they are using legal sanctions rather than Kalashnikovs to do so is no comfort to the cause of genuine intellectual freedom, writes Don Hutchinson…

Justin Trudeau’s decision last week to publicly purge two Liberal MPs for alleged sexual misconduct, without asking or naming the complainants or giving his MPs any measure of due process, was not his first foray outside elementary principles of law. A few months ago he invented a constitutional right to abortion and banned anyone who does not subscribe to this myth from running as a candidate for the Liberal Party of Canada. Is he a legal naif or tinpot autocrat? Don Hutchinson weighs the evidence…

The hashtag that changed the world – for a day