Contemporary conservative politicians are constantly fretting about how they are going to appeal to millennials, whom they blame – with considerable justification – for electing progressives like Barack Obama, Justin Trudeau, John Horgan and Rachel Notley. What those conservatives fail to realize is that millennials are politically irredeemable. Those who are not permanently allied with the left are mostly committed to political apathy. Very few of them will ever vote conservative and trying to get them to do so is a waste of time and resources. Instead conservatives should concentrate on my generation – Gen Z – because our votes are gettable.

My cohort, which is measured by everyone born between 1995 and 2009, is still growing out of our formative years but we have much more clout than people realize. It is predicted that by 2020 we will account for 40 percent of all consumers. Marketers and branding agencies are increasingly focusing on what my generation wants and how to sell it to them. Conservative vote-hunters should take note of their research, because early indications are Gen Z is more open to right-of-centre ideas and policy than any demographic group since the fast-fading “Greatest Generation” that survived the Dirty Thirties and won the Second World War.

Gen Z is new and different from its predecessors in that it doesn’t expect to be handed the world on a platter. It has more doubt and less hope for future prosperity. Research conducted by the Center for Generational Kinetics has found that only 24 percent of Gen Zers in the U.S. think their country is heading in the right direction, compared to 31 percent of Millennials. In other words, a generation barely old enough to enter the workforce is already worried about their economic future, which should make them amenable to conservative messaging about smaller government, freer markets, and more opportunities for work and wealth creation.

Generation Z – a.k.a. “iGen” – is the first cohort of true digital natives, raised entirely in an interconnected society of constant information and instant communication. Digital trends that our parents and grandparents have tried to adapt to with varying degrees of success, such as the 24-hour news cycle, personal social media profiles, and streaming services on mobile devices, are all part of the natural landscape for my generation. This experience fosters a fundamentally conservative self-image of an autonomous individual navigating a complex and chaotic world – not a drone member of a utopia-bound collective.

Even though many Gen Zers weren’t even born when the 9-11 terrorist attacks and the 2008 global financial crisis and recession occurred, these seminal near-history events are seared on their consciousness. The message of the former is that nowhere is safe from terrorism. The message of the latter is that the economy is fragile and volatile. The bombardment of current news and entertainment reinforcing these messages is unrelenting. This may make Gen Z more susceptible to Mean World Syndrome, but it should also predispose them to ideologies that promote security, stability and self-reliance.

The public education system, long the primary arbiter of group-think in developed western welfare states, does not own the minds of Gen Zers like it did their predecessors. Any question we have ever had we have been able to answer ourselves with Google, and as often as not the answer was different, or at least fuller, than what we got in the classroom. Hence the school system is being challenged even by the youngest of Gen Zers – like 13-year-old American homeschooler Logan Lablante who gave a TedTalk in 2013 (since viewed by nearly 10 million people on YouTube) describing how “hackschooling” changed his life and should be the guiding medium for learners going forward.

In Alberta, where I’m from, conservatives are upset that the NDP government is rewriting the education curriculum to limit the teaching of history and make students “agents of change”. They shouldn’t worry. Current and future digital generations will innately understand that they can learn for themselves, naturally leading them to DIY education.

Vancouver Gen Zer Ann Makosinski is a poster girl for this phenomenon. A self-taught inventor, as a teenager she developed a flashlight powered by the heat of your hand and a coffee mug that charges a smartphone. But Makosinski is not just a scientific savant. She is pursuing her undergrad in English literature at the University of British Columbia, and like many of her generation she is planning for a diversified life and career. We don’t aspire to spend our whole life in a nice secure unionized public sector job and retire at 55. Instead Gen Z is striving for a diversified education and lifestyle that will support the multiple jobs and businesses we expect to have before we even hit 30.

The Gen Z desire for multiple careers and self-employment is not rooted in the aimlessness millennials are famous for. As Massachusetts Institute of Technology  MBA student Jeremy Finch has argued, the cause is my generation’s acute understanding that jobs in every sector are threatened by automation and having a diverse set of skills and experience is the key to employment and financial stability.

In 2014 New York-based branding and marketing agency sparks & honey posted 57-slide presentation documenting the unique cultural characteristics of Gen Z and predicting how they will evolve and shape our society. Much of the data and analysis indicates that Gen Z will be much more self-sustaining than their predecessors. Among other things, it found that 90,000 or 3 percent of American children in grades 5-12 are already running their own business, 26 percent regularly volunteer, and 56 percent aspire to greater financial literacy. It also found that 72 percent of high school students want to start their own business, compared to 64 percent of college students.

Gen Z is using fewer illicit drugs, has a lower teen pregnancy rate, is less likely to be involved in physical altercations, is more racially diverse, and is less stuck on traditional gender roles. Overall, the evidence suggests they are not as reckless as their elders, but this old-fashioned prudence does not mean they are afraid of or opposed to dramatic social change.

Unbridled ambition has always been a hallmark of youth, but more Gen Zers seem to be recording more and bigger accomplishments at younger ages. Taking full advantage of the powerful technological resources at their disposal, they are uniquely equipped to make an early, meaningful difference in the world.

All this technology has reportedly lowered Gen Z’s attention span to 8 seconds, and it communicates in the language of emojis and stickers. That may make us a little more prone to the alphabet soup of modern emotional and behaviourial disorders, but at the same time we are retreating from the ostentatiously narcissistic world of Facebook to the more discreet and private environments of Snapchat and Houseparty. These video chat apps allow Gen Z to continue the digitized communication and documentation millennials pioneered, but without the risks associated with the ominous phrase “the internet is forever”. By limiting accessibility to posts, these apps provide Gen Z with greater digital privacy so their youthful impulses will not inhibit their adult ambitions, a mistake now rued by many millennials.

There is good reason to expect that Gen Z will ripen into an adult generation of self-driven pragmatists who are prepared to handle the uncertainty of the future, but look to themselves to create a sense of stability. Chances are that when they start voting in big numbers, they will lean towards the values and principles of the right. That ought to give conservative tacticians hope, or at least get them to stop wasting so much of their time trying to win over millennials. 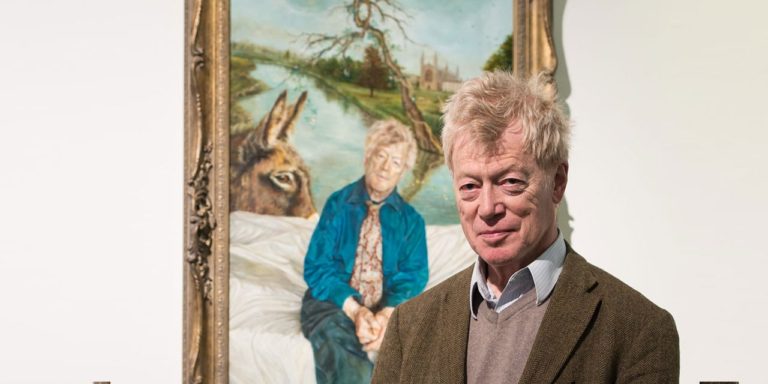 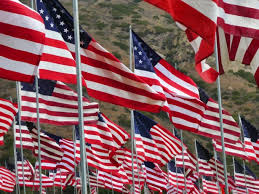 In Defence of the Nation 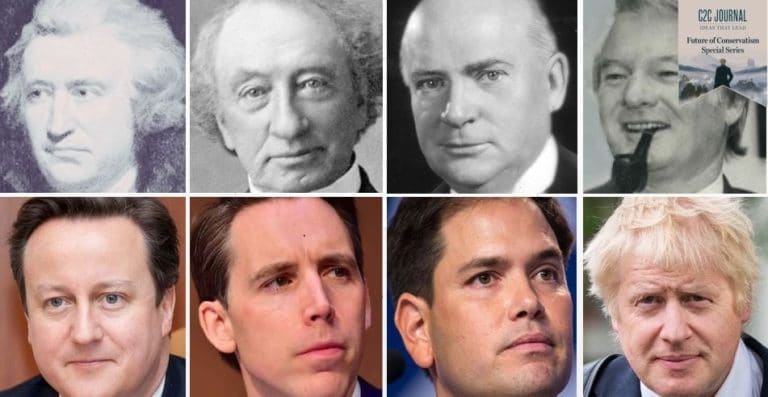 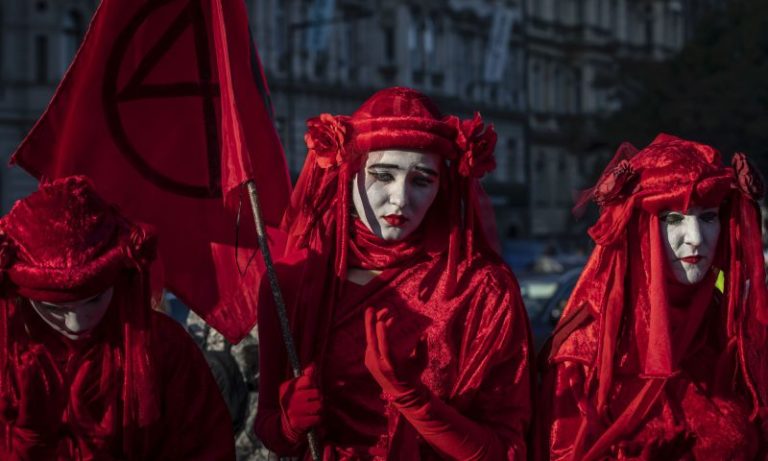 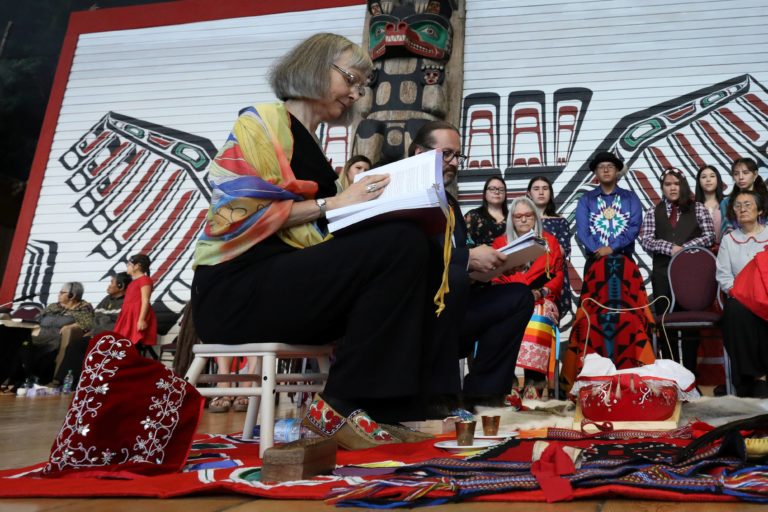