Matthew Lau
June 4, 2018
Another day, another crisis. Last month it was plastic straws, so many of them they are getting stuck up sea turtles’ nostrils. This month it’s “food waste” allegedly contributing to the “food insecurity” of millions of Canadians, according to a Trudeau Foundation scholar. The solution is said to be found in government intervention to reduce food waste, drawing on Indigenous knowledge and “the principles of the circular economy”. Matthew Lau is skeptical of this month’s crisis and recommended solution.

Matthew Lau
June 4, 2018
Another day, another crisis. Last month it was plastic straws, so many of them they are getting stuck up sea turtles’ nostrils. This month it’s “food waste” allegedly contributing to the “food insecurity” of millions of Canadians, according to a Trudeau Foundation scholar. The solution is said to be found in government intervention to reduce food waste, drawing on Indigenous knowledge and “the principles of the circular economy”. Matthew Lau is skeptical of this month’s crisis and recommended solution.
Share on facebook
Share on Facebook
Share on twitter
Share on Twitter

The last question has been pondered at length by Tammara Soma, research director at the Food Systems Lab at the University of Toronto. In a recent article published in Policy Options, Soma estimates the value of annual “food waste” in Canada at $107 billion, and alleges that this is a contributing factor to four million Canadians living in households that suffer from “food insecurity”. (A household is defined as food insecure if it “lacks money to purchase food, misses meals to cut costs, reduces food intake, or compromises the quality of the food it consumes.”)

Now you might expect Soma, who is also a Doctoral Scholar with the Pierre Elliot Trudeau Foundation, to recommend taking from the food-rich and giving to the food-poor. She carefully notes, however, that simply redistributing excess food from the wasters to the hungry is a bad solution.

Such a solution wouldn’t work in the long run, is unsustainable, and offends the dignity of the poor by treating them as a waste bin into which the rich dump their unwanted food. Instead, writes Soma, “We need to pause and go back to our collective creativity to truly understand the root cause of the problem.”

Whatever “collective creativity” is, surely it does not take much of it to figure out that poor people would be better able to afford food if they had higher wages and better jobs. But even if they did, Soma argues that “it is impossible to ignore the fact that there is also a significant amount of food wasted” – and this is a critical problem requiring urgent attention and action.

Soma’s recommended solution is an economic transformation away from our current “paradigm of wastefulness into a paradigm that is based on the principles of the circular economy. In essence, we need to close the loop between the production and consumption in our food system.”

Just as “Indigenous knowledge” will be part of Ottawa’s proposed new assessment process for pipelines and other resource development projects, Soma holds up the Indigenous principle of respect for plants as an example of how to reduce food waste: “From a policy perspective, ensuring collaboration with Indigenous elders, Indigenous enterprises, and Indigenous knowledge keepers is key to developing a framework of food waste prevention and reduction that is in tune with the principles of the Truth and Reconciliation Commission.”

Indigenous wisdom won’t solve the problem on its own, however, so corporate welfare for food innovation is also suggested as an appropriate government action to nudge private sector food retailers and restaurateurs into wasting less food.

These efforts might possibly reduce food waste, but of course would do nothing to reduce hunger. After all, Smith’s hunger can no more be blamed on Brown’s food waste than Smith’s lack of bicycles, books, and suits can be blamed on Brown’s abundance of these goods. Just as Brown’s latest bicycle purchase does not deprive Smith of bicycles, Brown’s food profligacy is not the source of Smith’s hunger pangs.

Indeed, bicycles, books, and clothing are widely available to the vast majority of Canadians for the same reason that the most extreme forms of hunger have been nearly eradicated in Canada and throughout the developed world. Both are the happy consequences of capitalism and private industry.

However, when government interferes with private industry in attempt to reduce food waste and food insecurity, the inevitable result will surely be more waste and not less.

Grocery stores, restaurants, and households only discard food when it is more economically advantageous – in other words, requires less resources – to produce or acquire new food than it is to salvage old food. Any government action to salvage old, unwanted food will consume more resources and exacerbate the “paradigm of wastefulness”.

But there is possibly one economic reason for the mayor to order his citizens to stop throwing out food. A recent news video featured a raccoon breaking into one of the City of Toronto’s new household green food waste bins. The bins were supposed to be “raccoon-proof,” and cost taxpayers $31 million. If Torontonians threw out less food, maybe the city could save some money on the next green bin upgrade. 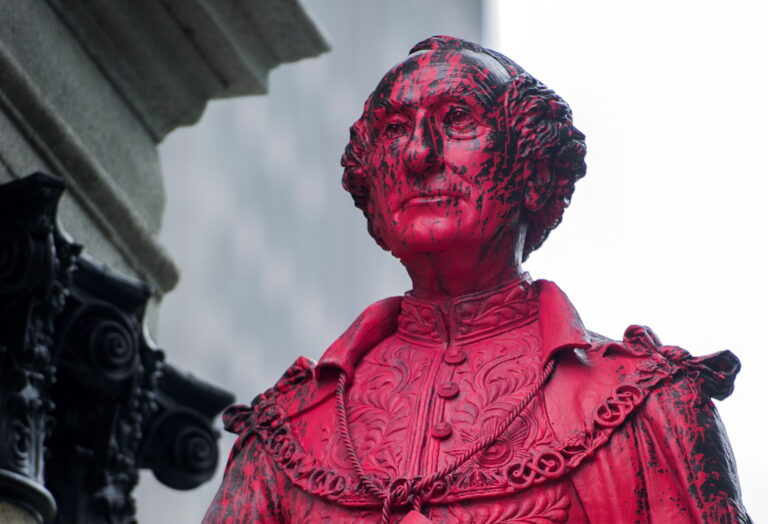 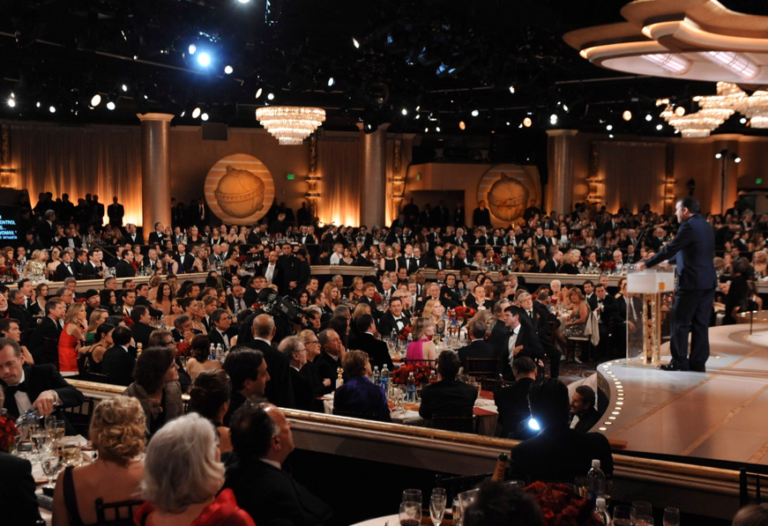 Some of us are old enough to remember when the entertainment industry’s primary objective was to entertain us rather than indoctrinate or proselytize. If political causes were pushed, it was conducted subtly; open activism was relegated to a few mercurial directors. That, of course, was a long time ago. But now come signs the public has had enough of Hollywood’s incessant preaching. Patrick Keeney notes the recent travails of the movie business’ most famous awards shows and explores what might be done to move beyond an entertainment diet of all-leftism, all-the-time. 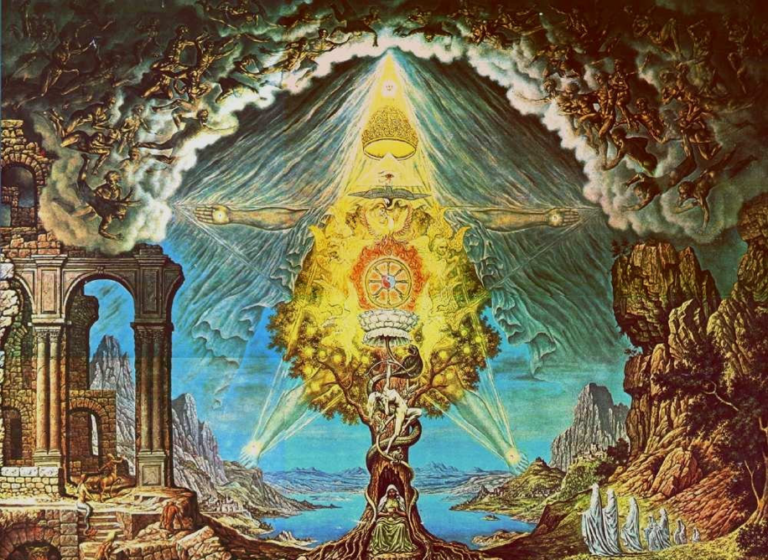 A bright young woman – let’s call her Kylie – heads off to university. She had a great childhood and loves her family, but now learns from her prof that they are oppressors. She meets some other cool students, all members of groups victimized by the evil system of which she and her parents have been active if unwitting parts. Suddenly, Kylie gets it. She’s woke! Her soul lights up. The world must be remade and, now that Kylie is with the enlightened, she will help save the future. It all seems very new and exciting. In fact, it’s deeply reminiscent of something that was done before – nearly two millennia ago – and which the perspective of time has rendered absurd if not exactly comical. Drawing on a solid body of scholarship, Tom Flanagan goes back to ancient Gnosticism to illuminate the derivative nature of today’s wokeness and its connection to Progressive identity politics.

Erin O’Toole became leader of the Conservative Party of Canada on the strength of his Big Tent vision for the party. But how big should that tent be? Recently O’Toole surprised commentators by extolling the benefits of the union movement and repeating many of its claims as Conservative policy. Matthew Lau charts the origin of this unorthodox political strategy, and its worrisome economic implications. If the Conservatives want to attract workers’ votes, he argues, they should start by recognizing the damage done by unions to growth and job creation.

Would beloved comic actor John Candy have lived longer if government forced him to eat less? What about Orson Welles? Or Luciano Pavarotti? Perhaps. Would they have been happier or more successful? We’ll never know the answer to the first, and as to the second, almost certainly not. Candy built his career around a lovable portliness, Welles often played menacing fat men and Pavarotti’s girth helped him belt out arias. A few extra pounds, in other words, offers both advantages and disadvantages − and it should be up to the individual to decide how to balance the scales. As governments ramp up policies designed to put their citizenry on a diet, Matthew Lau sallies forth in defence of eating what you want, and exercising only when you feel the need. 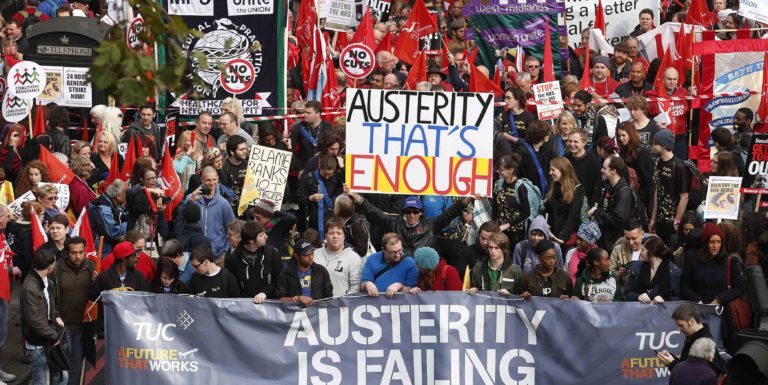 Government deficits are soaring, the economy is reeling and the restart is slow and halting. Nobody knows what lies ahead. How the federal Liberals plan to handle Canada’s tectonic shift in public debt is anybody’s guess. In Part I of this two-part report, Matthew Lau described the challenge our country faces and evaluated two of the most destructive options for dealing with the Covid-debt. In Part II, Lau sets out what would happen if Ottawa decides to engineer a return of high inflation, and then explores more practical options for addressing our enormous post-pandemic indebtedness – including the one method that has worked decisively at the federal and provincial levels.