The Inter-Generational Insights of “ok boomer”

The debate between generations on social media about who is better and who destroyed what found a new twist over the last month. Millennials have been talking online about Baby Boomers with the phrase “ok boomer”. It’s being used as a breezily dismissive reply to show that the commenter is ignoring the original poster. The phrase has featured in online conversations and gags ranging from TikTok memes to the Parliament of New Zealand all the way to Star Wars themes in which Baby Yoda dismisses the ancient guru with “boomer ok”.

The drôle and seemingly innocuous put-down triggered some retorts of such humourlessness and hyper-sensitivity as to reach self-parody, like the one depicted in the accompanying image from talk show host and army veteran Bob Lonsberry. These only further spread the meme. Rather than advancing the boomers’ case, this and similar specimens provided new and real-time opportunities for members of the generation born between 1981 and 1996 (Millennials, sometimes also known as Generation Y) to dismiss their out-of-touch elders (Boomers, the post-Second World War generation born between 1946 and 1964).

Many people pounced on the incongruity in Lonsberry’s post, some replying that if you can’t even say one of the two words, that’s the bad one. His overwrought analogy crumbled. Insulting another generation – or any class of persons – does require generalization, as does racism, but no one will be assigning boomers second-class water fountains anytime soon.

Generational conflict is a staple of human interaction, as new waves coming of age seek to stake their ground, establish their validity and define themselves as different from (and perhaps superior to) what came before them. Each new generation seeks to show it too has the “Right Stuff” (itself a generation-revealing term that today might well trigger an “ok boomer”), and each older generation defines and defends its sometimes fading culture. The need and the resulting inter-generational friction are natural.

On the positive side, generational self-assertion often promotes social and economic dynamism and even systemic reforms and improvements. Still, most societies through the ages have paid their respects to if not revered their elders. Today’s era of broad inter-generational insults is not only unfair to individual targets but is culturally new. Or is it? Didn’t Boomers – or boomers – do the same to their parents? Didn’t they pioneer the very phenomenon?

To be clear, using “ok boomer” is not “a call to get boomers to take action on pressing world issues and to stop generalizing younger generations”, as some who commented on the phenomenon grandiosely claimed. The opposite, actually. Firing off the phrase is meant to indicate that the commenter is ignoring what the boomer has said based on the generation of who is saying it, and the cliché nature of their claims or criticisms. It’s a quick way of avoiding engaging the substance.

Some boomers apparently are withering under the millennial onslaught. They’re finding it hard to recall the benefits of inter-generational conflict when faced with not only more numerous but more energetic, creative and social-media-adept millennials. Faced with “snowflakes” who fight back, the boomers themselves are melting.

Some Baby Boomers are mean and reductive in their characterization of the Millennials. As one of the Tik Tok videos that started this meme illustrates, you don’t have to sit and listen to a minute-long stream of someone talking about your entitlement and privilege. That comment in turn brings up an underappreciated side-effect of conversing on social media: we take in (or are forced to endure) more continuous messages without interruption, rather than being able to state our disagreements in real time. At the same time, our ability to clapback uninterrupted has increased. This dynamic generates frequent frustration. A viewer of a video clip can’t immediately respond to the speaker, for it’s not a true conversation. On the other hand, the nature of the medium gives responders more time to think of a truly nasty reply – which in turn can’t be interrupted, either.

Perhaps for this reason, some millennials write about boomers’ online criticisms with a petulant tone of hurt like they’d been yelled at. Given that many boomers have millennial children, some of them surely were. Still, you can’t let your critics get to you and live your life stewing over the insults you’ve endured, so some of this rejection of boomer lectures is probably healthy and normal.

Although this debate is rooted in generalizations about different generations, and so will always be unfair to some, how the two groups criticize each other is interesting to observe. Millennials charge that boomers ran up enormous deficits and started the destruction of the planetary climate through their selfishness and profligacy. They also love to pounce on external criticism of themselves, and a favourite target of scorn on Twitter is the “Millennials are killing X” sub-genre of opinion articles (as the accompanying social media screen capture shows). Its sarcasm prompts users to variously respond that they’re behaving wisely (unlike previous generations), or that the target “X” was already doomed, wasn’t worth having, or is the source of its own undoing.

Boomers also complain that millennials spend too much time looking at screens and are too concerned with policing speech. Perhaps most bitingly of all, that they aren’t willing to make the kind of employment-related sacrifices, like changing towns or apprenticing for a manual trade versus spending years at university on almost unmarketable “studies” degrees, that are needed to move out of the parental home, support themselves, accumulate some savings and buy their own house.

These are interesting complaints. American debt continues to rise under Donald Trump, the most recent president elected by boomers – though perhaps not the last, if the septuagenarians running for the Democratic nomination have anything to say about it — just as it rose dramatically under presidents Ronald Reagan and George W. Bush, both elected in large part by Baby Boomers. The same trend has afflicted Canada, where debt spiralled out of control for decades under Pierre Trudeau, continued to rise under Brian Mulroney, and almost reached “Third World” status under Jean Chretien before he and his finance minister, Paul Martin, devoted much of their time and attention to taming the beast.

But millennial icons like Justin Trudeau and Barack Obama have increased their nation’s respective debts, too (no president more than Obama, in fact), and Canadian millennials famously have a problem with personal debt. Indeed, millennials are the world’s first generation to have lived almost their whole lives in an environment of easy and instant credit plus low inflation and low interest rates. Previous generations were both more averse to and restrained from piling on debt.

It remains to be seen whether millennials will gradually grow quieter about the debt raised by boomers, as leaders of our generation start to develop decidedly imperfect spending records of their own. Millennials will get the chance to readjust their message, because the average American lifespan has increased by about eight years since 1964, the last birth year of the Boomers, and about 11 years here in Canada. It’s useful to provide context such as this to tales of generational rage, since life under boomer rule has improved in some staggering ways – which are never complained about.

That’s one example of the nuances the social media meme-fight missed. Another is that Canadians and Americans are much more prosperous now than when boomers were born. The average Canadian made about $20,000 per year in 1964, adjusted for inflation, compared to about $52,000 today. Presumably, if boomers had truly made such terrible political choices, we wouldn’t be living in a society in which average personal income was two-and-a-half times what it used to be.

Work has generally improved, too. In many ways it’s good that so many millennials don’t have to work at the mind-numbing, mechanical, assembly-line factory jobs that some boomers seem to miss. Even a manufacturing worker today is more likely to operate a multi-million-dollar computer numerical control driven machine tool or other automated process, partly transforming the maker of objects into a type of knowledge worker.

And boomers, let’s recall, were the millennials of their day. While they rebelled against their parents and ushered in the hippie era and multiple social pathologies, they also delivered a dizzying array of innovations in virtually every field, creating new industries including the very communications media that form the battleground of the current meme war.

A fair breakdown of the good and bad done by each generation could fill a book (and certainly has filled a number), but here are a few more things to consider that Twitter users don’t often mention. There has been a historically unusual shift in societal influence from the middle-aged to 20- and 30- somethings, as technology comes to favour the young and adaptable over those with seniority and legacy networks. Face-to-face contact, businessman lunches in strip clubs and golf games have been giving way to online virtual networks and shooting hoops at the workplace basketball court.

After crime rates plunged  in the 1990s, particularly in the U.S. (thanks again, boomers?), some cohorts of young people cleaned up their act and started having less underage sex and taking fewer drugs. That’s a widely underappreciated result, especially given all the moral panic think-pieces about the problems with Generation X kids. But then, “kids are slower to do bad things these days” isn’t as ominous or controversial as “kids are slow to move out and get a job”. So attention-seeking boomers say it less and it’s rarer to appear in news feeds. A generation shaped by television is clashing with a generation raised with smartphones.

The “ok boomer” meme is already fading away, as memes often do in fast-moving internet subcultures. Like any popular insult, it has suffered from overuse. Online fights generate digital content and attention, which expand and perpetuate the fight. But while the first several times one sees “ok boomer” used on someone from a different generation is amusing, it soon degenerates into  a generic way to dismiss nearly anyone, which dilutes its impact. Eventually it will be just plain annoying and typecast the user as lagging social trends, like someone who still says “Take a chill pill” without self-irony.

The boomers haven’t been perfect stewards of Canada or the United States, but in many ways life is much better after their many years of dominance. And that’s coming from a millennial. Hopefully when Canadian and American millennials stop dominating their respective cultures, the generation that follows (Generation Z, those born from 1997 onwards) will be kind enough to remember the world we inherited from the boomers.

That may be too much to hope for, of course. The inter-generational fight for self-definition – including the salvoes that seek to define the other age group in ways that enhance one’s own – continues. When Millennials are old and grey, and perhaps complaining about the younger generation’s lack of toughness, many will criticize and seek to typecast the new guys n’ gals and the societal change they’ve embraced.

Generation Z and the children who follow them will unquestionably put their own stamp on things, changing the culture and politics in many ways. Hopefully these will include some ways to correct the bad habits they perceive in the older generation in a way that favours their own presumed morality, as the last two generations have before them. Fair or not, it’s certain they’ll find their own way to say “ok millennial”.

Aaron Nava is a writer, social media and political manager living in Ottawa. 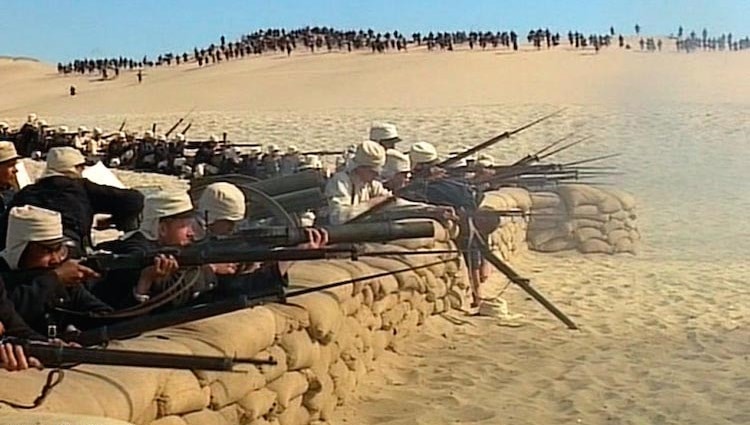 The Popular Undercurrents of Alberta Separatism

Forget Wexit – How About a Bloc Québécois for the West?