Matthew Lau
March 14, 2020
Pursuing grandiose visions tends to cloud judgment, and when the vision is saving our very planet from an apprehended climate crisis, it’s little surprise that numbers are fudged, logic is twisted, the hardest-hit are ignored and entire social classes are cast into the trash. Matthew Lau, however, refuses to be dazzled by dreams. In this article, Lau remains rooted in reality and fixed on crunching the numbers to come up with some arresting conclusions about the huge costs of government climate policies to working people here and now, set against marginal if not ephemeral benefits to come over the next 80 years.

Matthew Lau
March 14, 2020
Pursuing grandiose visions tends to cloud judgment, and when the vision is saving our very planet from an apprehended climate crisis, it’s little surprise that numbers are fudged, logic is twisted, the hardest-hit are ignored and entire social classes are cast into the trash. Matthew Lau, however, refuses to be dazzled by dreams. In this article, Lau remains rooted in reality and fixed on crunching the numbers to come up with some arresting conclusions about the huge costs of government climate policies to working people here and now, set against marginal if not ephemeral benefits to come over the next 80 years.
Share on facebook
Share on Facebook
Share on twitter
Share on Twitter

By today’s standards, the quality of life 80 years ago was comparatively awful. In 1940, for instance, only about half of American households had indoor plumbing. Most still did not have central heating, a telephone, or a washing machine, none of which even were recent inventions at the time. Medical care was far worse than today, and the life expectancy was only 63 years, about the same as in Canada.

Given the vast improvements from 1940 to 2020, we might reasonably expect that 80 years from now the quality of living will again be far better than it is today. And just as the average person, at least in developed countries, in 2020 has access to better goods and services than even the wealthiest members of society in 1940, it’s entirely possible that the average person in 2100 will be materially more comfortable than even the “top 1 per cent” in 2020.

This is an expectation that should not be altered by predictions of catastrophic global warming. Indeed, as economics professor Steve Ambler at Université du Québec à Montréal wrote last fall in the Financial Post, “If we fail to meet the goals set out in the Paris Agreement – if in fact we do nothing to reduce greenhouse gas emissions,” then the best estimate from the Intergovernmental Panel on Climate Change, the UN body dedicated to synthesizing worldwide climate change research, “is a rise in average temperature in 2100 of 3.66 [degrees] C and a reduction of 2.6 per cent in world GDP.”

It is not even likely that today’s climate policy agenda – everything from carbon taxes to radical schemes such as the “green new deals” proposed by the federal and some provincial NDP and Green parties in Canada in emulation of the most radical Democrats in the U.S. – will help the relatively richer people in 2100. They will certainly, however, cause the relatively poorer people in 2020 to be worse off.

To be sure, 2.6 per cent of world GDP (estimated to be US$87.3 trillion in 2019) is nothing to sneeze at. But assuming conservatively that real GDP per capita increases by 1 per cent annually, Ambler noted, people living in 2100 will be more than twice as productive as we are today. In that context, 2.6 per cent is a rather modest reduction. And it is, after all, not a 2.6 percent drop from today’s level, but simply 2.6 percent gradually shaved off the cumulative growth expected over the next 80 years. Similarly, if our incomes today were cut by 2.6 per cent, surely we would still consider ourselves vastly better off than people living in 1940.

What is curious is that the economic effects of global warming – an expected 2.6 per cent reduction in income to people living in 2100 – is a cause of such professed shock and horror to left-wing politicians and activists. They, after all, constantly clamour for ever-increasing taxes on the top 1 per cent of income earners today (as well as on lower income categories). This is purportedly to help the lower and middle income groups. So why are they also the loudest advocates for expensive climate policies that make lower and middle income people poorer today, in order to benefit the much richer people living in 2100?

It is not even likely that today’s climate policy agenda – everything from carbon taxes and energy efficiency regulations and subsidies, to an ever-increasing regulatory burden on industry, to more radical schemes such as the “green new deals” proposed by the federal and some provincial NDP and Green parties in Canada in emulation of the most radical Democrats in the U.S. – will help the relatively richer people in 2100. They will certainly, however, cause the relatively poorer people in 2020 to be worse off.

Over a period of 80 years, 2.6 percent of GDP in the final year works out to an annual GDP growth rate of just over 0.03 per cent starting now. Put another way, assuming that the IPCC’s estimate is right, trying to prevent the 3.66° C temperature increase by 2100 only makes sense if we can do so at an average cost of less than 0.03 percentage points of GDP growth per year.

In the Canadian context, note that the assumptions used in the Parliamentary Budget Officer’s April 2018 economic outlook suggested that the federal government’s $50-per-tonne carbon tax, when fully implemented, would cut real GDP by 0.45 per cent in 2021-22. That’s 15 times the break-even rate. And that’s just the federal carbon tax, and doesn’t include the costs of the vast array of other climate policies enacted by the federal, provincial, and municipal governments.

And if the economic effects of $50 per tonne sound bad, consider that according to the Ecofiscal Commission, the least costly way for Canada to achieve its Paris targets is through a $210-per-tonne carbon tax by 2030. Meeting the Paris targets would clearly be an expensive endeavour, especially since governments have a tendency to find the most economically expensive, rather than the most efficient, ways to do things.

Moreover, even if all countries met their Paris targets, there would be almost no compensating benefits in the way of mitigating the projected temperature increases. A peer-reviewed journal paper by Bjørn Lomborg of the Copenhagen Consensus Center in Denmark estimated that even if all Paris promises were fulfilled by 2030, the total temperature reduction relative to the “do nothing” scenario would be a mere 0.05° C by 2100.

Given the IPCC’s estimate of a 3.66° C temperature increase corresponding to a cut of 2.6 per cent in global GDP by 2100, the 0.05° C temperature reduction resulting from having every country meet its Paris targets – even assuming that doing so would not reduce GDP growth – would deliver almost no economic benefit to people in 2100. Even the projected environmental “benefit” would hardly be detectable against the background noise of our ever-shifting climate.

If we really wanted to help people in 2100, we should focus on increasing their wellbeing, starting with making up the IPCC’s “lost” 2.6 per cent in economic growth over the next 80 years (which, again, works out to just over 0.03 percentage points of GDP growth per year). This could easily be achieved by reducing taxes, tearing down barriers to free trade, eliminating counterproductive government programs, and cutting regulations on businesses and labour. Examples abound of governments implementing such policies in the past, with astounding positive effects on GDP.

There is no need for the Paris Agreement or other grandiose government policies to reduce greenhouse gas emissions. Such policies will likely deliver no benefits to future generations while certainly doing significant harm to people today.

A government “do nothing” approach, by comparison, seems a good one. As it says in one Winnie-the-Pooh book: “Don’t underestimate the value of Doing Nothing.” Indeed, when it comes to government, nothing is usually the best thing to do.

Matthew Lau is a Toronto writer.

The infirm and chronically ill seniors who live in long-term care facilities are among Canada’s most vulnerable populations. So too, it seems, are the executives and investors who own and operate many of those nursing homes. The first group is vulnerable to disease and neglect. The second is suffering from aggressive ideological attacks by unions, left-wing academics and politicians who casually accuse them of being greedy “dehumanizing” villains, and are now plotting the expropriation of their entire business. Peter Shawn Taylor seeks to clear the air in this thoroughly reported account of how Canada’s long-term care sector really works.

Architecture and its cumulative result – our built environment – affects every aspect of our daily lives. Yet most of us rarely talk about it. And despite ultimately paying for it all, the ordinary person has almost no input into the process or the outcome. Some believe the discipline veered horribly off-track in the last century. Informed by over 50 years of professional experience, Vancouver-based architect Oberto Oberti weaves professional insights, aesthetic judgment, philosophy and memory into an impassioned plea for the restoration of timeless aesthetic values and the individual’s needs to the centre of 21st century architecture.

Down to Business: How Canada Will Recover from the Covid Recession

Clear skies in once-smoggy L.A. Wildlife wandering through cities and bedding down in parks. Deserted streets. Idled factories. For the left, the pandemic has created a convenient waypoint on their path to utopia. To the rest of us, it has furnished a nightmarish vision of a potentially destitute future, and a wakeup call to focus on what it might take to revive our economy. For Matthew Lau, the choice is clear. And while news media reports continue to promote fanciful progressive agendas, Lau sees encouraging signs that the imperatives of survival will enable practicality and common sense to prevail. 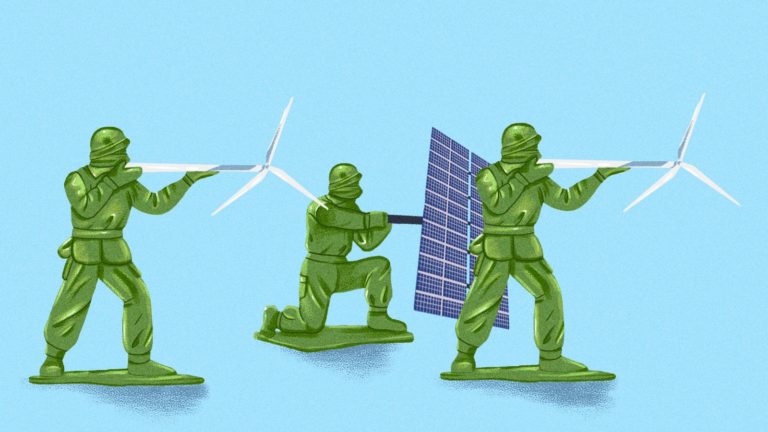 To arms! The narrative of radical environmentalism is changing dramatically, with activists now fixated on a Climate War as their preferred outcome. Mass mobilization, war-time rationing, a command-and-control economy. All are now invoked as essential to dealing with our ‘climate emergency.’ And the inevitable foe in this conflict is capitalism. As economic specialist Matthew Lau points out, however, what the environmental war party overlooks is the central role played by free markets in driving change, resolving conflict and improving the human condition.

It’s not as if the Jason Kenney government’s taxation and spending decisions will escape scrutiny. The NDP, public-sector unions, left-wing activists and much of the news media have plenty to say. So what is added by an officious federal appointee from Quebec sniping that the Government of Alberta’s chosen fiscal direction is – wait for it – “unsustainable”. Matthew Lau takes on this tired cliché, applies a combination of mainstream economics, the historical record and common sense and finds that the Liberal-appointed Parliamentary Budget Officer has it nearly all wrong.

Down to Business: How Canada Will Recover from the Covid Recession