Handing campus politics to the “lefties”

Ian Brodie
October 7, 2015
In an effort to recruit next year’s crop of student interns for jobs on Parliament Hill, this fall the Conservative Party of Canada urged University of Calgary conservatives to “let the lefties run campus” and work in Ottawa instead. Bad call, writes Ian Brodie. Campus politics is a great training ground for young political activists of all stripes, and it’s self-defeating for Conservatives to leave it to the “lefties”.

Handing campus politics to the “lefties”

Ian Brodie
October 7, 2015
In an effort to recruit next year’s crop of student interns for jobs on Parliament Hill, this fall the Conservative Party of Canada urged University of Calgary conservatives to “let the lefties run campus” and work in Ottawa instead. Bad call, writes Ian Brodie. Campus politics is a great training ground for young political activists of all stripes, and it’s self-defeating for Conservatives to leave it to the “lefties”.
Share on facebook
Share on Facebook
Share on twitter
Share on Twitter

Every September, university campus clubs put together Clubs’ Week to show their fellow students what they do and to sign up new members. Canada’s political parties are usually part of the mix. This year, Clubs’ Week coincided with the federal election. And so the University of Calgary Club’s Week had a good showing from the campus Liberals, New Democrats and Conservatives.

Thanks to the Conservative Party’s national office, U of C Conservatives had a slick display, with a banner proclaiming: “Let the lefties run the campus. Help us run the government of Canada.” One reward for joining the campus Conservatives? A chance to get a plum internship on Parliament Hill next summer.

Now, political staff work is, despite the recent headlines from the Duffy trial, noble and important work as I have argued elsewhere. Ministers and MPs have tough jobs and most do it better when they have good political aides to help. But young and ambitious university students too often find Ottawa internships drudge work – hours spent replying to low priority correspondence from voters or community groups by cutting and pasting “talking points” issued by PMO or the caucus services office. When you’re at the bottom, a political office can look as dreadfully bureaucratic as the local motor vehicle office. Interns do their work and return to campus in the fall, with a photo of themselves with a minister or the Prime Minister, but very few tales of accomplishment or initiative rewarded.

Moreover, early exposure to The Hill teaches bad lessons about what matters in politics. The parliamentary precinct is obsessed with status and gossip. Interns have to learn that a ‘special’ assistant is not as special as a ‘senior’ special assistant, and a senior special assistant isn’t as special as a ‘senior advisor.’ They face temptation in the many watering holes near The Hill, where they learn to pick up vital gossip, like who got on the bad side of the Party’s mercurial campaign manager this week. Process crowds out substance and after only a few weeks it can be very easy to disappear into the Ottawa media bubble, losing sight of voters, citizens, communities and the real world. Stick around long enough and the powers that be eventually drain your critical thinking skills and any personal initiative from your character. I doubt interns get a better experience working for the other parties.

Instead of transporting promising young conservatives to Ottawa and having them learn the drudgery of political life, why not put them to work on campus, fighting fights that matter to students and figuring out how to mobilize young people into more active citizenship? Why doesn’t the Conservative Party encourage the best and the brightest to run for student council or student body president, instead of working in Ottawa? Maybe this year’s campus Conservative recruiting banner has it exactly wrong.

Student councils, after all, are powerful, well-funded operations. Most have multi-million dollar budgets and run pubs, retail stores and a wide range of student services. If Conservatives “let the lefties run the campus”, doesn’t that put these operations in the hands of activists and give them the power to drive politically conservative groups off campus and replace them with grievance-based identity politics groups? They press university administrators to do the same. And during elections, they use their ample resources to encourage students to vote for left leaning causes. If conservatives yield campus politics to “the lefties”, is it any wonder that young voters vote so overwhelmingly against centre right parties?

In the fall of 1999, back when I was teaching at the University of Western Ontario, a young student came to ask for advice on whether to run for Western student council president. He had taken my Canadian politics course a year earlier and heard me talk about my own dalliance with McGill campus politics in the late 1980s. This student had become President of Western’s Reform campus club and heard rumors I was a fellow traveler. So, he wanted to know, had campus politics been a good experience? Yes, for sure. What do you need to do to run? Two or three friends willing to help, and a few bucks for posters, pamphlets and a couple of events. What if I lose? Well, you’ll find leadership skills you don’t know you have. And at least you’ll air issues that otherwise wouldn’t get aired. But won’t I have wasted my friends’ time? No, not at all. You’ll give them a chance to be part of something big and exciting and they’ll find leadership talent they didn’t know they had.

The young student was Ray Novak. He went on to run a superb, but losing, campaign for UWO student president. But he learned a lot, and later moved to Calgary where he went to work for Tom Flanagan and Stephen Harper. When Harper became Opposition Leader, Novak was hired on as his executive assistant and famously moved into the apartment above the garage at Stornoway. A few years later Harper turned to him to run the Prime Minister’s Office after the Duffy crisis left it bruised and discredited. Novak’s student campaign mobilized a number of excellent volunteers I would later hire at the PMO. Even the student reporter assigned to cover the Novak campaign at Western eventually joined us in Ottawa.

Campus politics teaches good lessons about politics. Build a good team by first mobilizing your friends and then by mobilizing opportunists. Run your campaign on issues that really matter to your voters, not to experts or special interest groups or reporters. Don’t speak to reporters; speak through reporters to real in voters. Meet voters in person, and give them a reason to turn up at the polls for you. Build coalitions. Civil society – the campus chess club, the engineering society, the gun club, campus religious communities – matter more than parties do. You will be surprised where you get your support.

And campus political campaigns teach better lessons than Ottawa internships do. Think for yourself. Hold yourself accountable. Volunteers are worth more than gold, and appreciate appreciation. Without supporters, you’re a nobody. Your political success depends on your political skills, not on your status in a party organization or your mastery of the gossip on tap at a Sparks Street watering hole. Losing sucks. But winning isn’t everything.

If all the conservatives troop off to Ottawa, then of course “the lefties” will dominate campus politics. And good on them. They’ll get real-world practice connecting with students in ways that matter to students, not to party poohbahs in Ottawa. There should there be better political balance on campus, but there won’t be until conservatives are prepared to compete. And competing on campus would help everyone learn what really matters in politics.

Ian Brodie is a former Chief of Staff to Prime Minister Stephen Harper. He is currently Research Director at the University of Calgary School of Public Policy. The views expressed here are his alone and do not necessarily represent those of his employers, past or present. 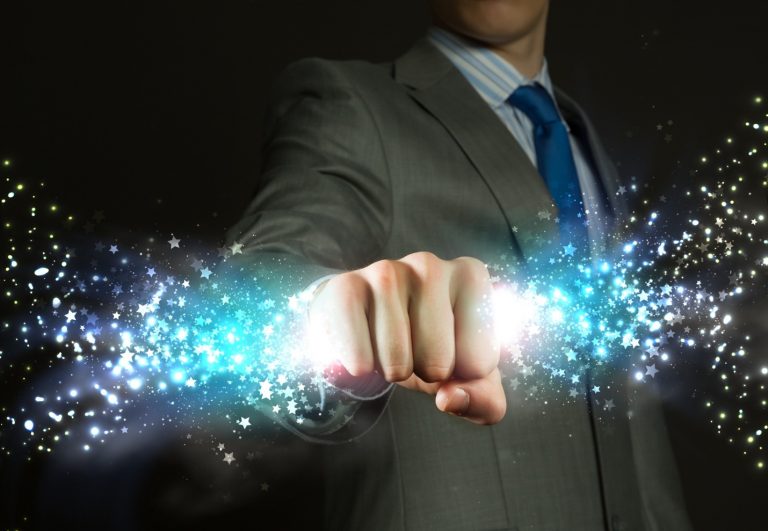 Federal equalization has become a decades-long windfall for Quebec and an unending slow bleed for Alberta – that much is well-known. But the constitutionally enshrined policy has not merely levelled the playing field for Canada’s “have-not” provinces, it has enabled some of them to fund better public services than “rich” provinces. And, further, to hide billions in revenue that should be used to assess whether they even qualify for equalization. Tom Flanagan sets out the perverse incentives and bizarre outcomes baked into Canada’s equalization policy. More important, Flanagan lays out a plausible scenario for how Alberta could soon break the constitutional logjam. 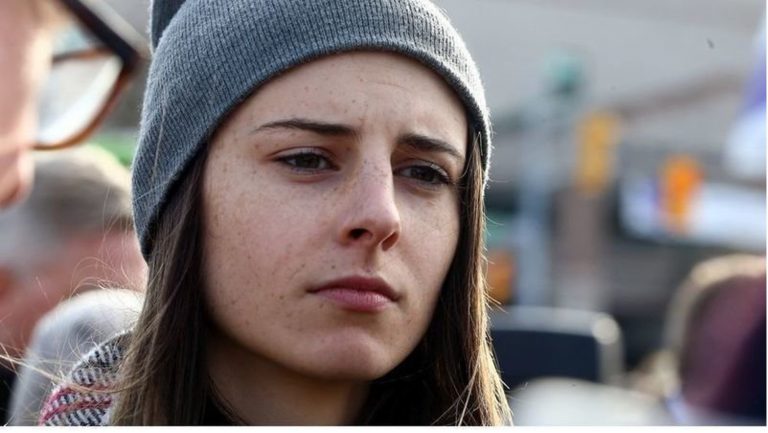 In 2017, everyone had an opinion about Lindsay Shepherd, the young Wilfrid Laurier University grad student who went public with the school administration’s attempt to punish her for showing a video of Jordan Peterson to a class of first-year students. Was she a brave defender of open inquiry values? An opportunistic glory-hound? Or a deliberate purveyor of bigotry? After having her story told (and mis-told) repeatedly by others, Shepherd now looks to set the record straight. Veteran journalist Paul Stanway examines her newly-released memoirs and discovers a woman no one should ever underestimate. 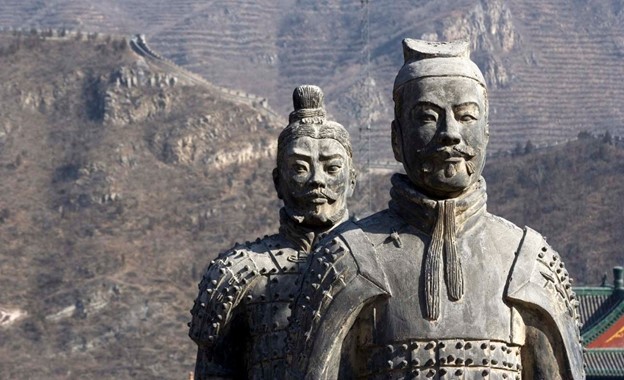 The closing of the campus mind is proceeding apace. Today more than two-thirds of right-leaning academics across North America consider themselves caught in a hostile workplace. While several Canadian provincial governments have unveiled policies to officially protect free speech at post-secondary institutions, Ian Brodie believes that the nature of the university governance model and sheer resistance doom this top-down model to failure. A new approach is needed. Otherwise, predicts Brodie, the “progressive” left’s campaign to impose its upside-down definitions of diversity and tolerance will continue to rack up wins. 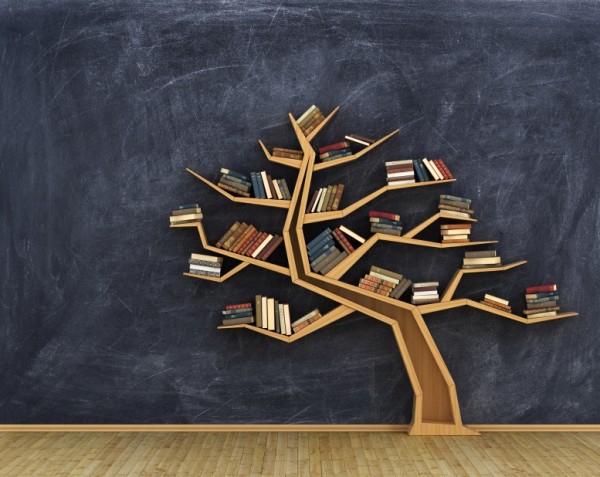 The fractured Alberta conservative movement seems bent on mutually assured destruction, leaving the accidental NDP government free to remake the province in its own socialist image. One way it’s doing so is by imposing its statist progressive dogma on the education system. If there’s anything that should unite conservatives, this is it, writes Ian Brodie, and the proponents of a single conservative political alternative to the NDP should make parental choice in education their core principle and central policy objective.

TFSAs and income splitting: what’s in it for the “battlers”?

D’Arcy Jenish argued this week in C2C Journal that critics of Conservative tax policies who say they’ll only benefit the rich are missing the point. In the long run, Jenish wrote, these tax breaks will help protect younger taxpayers from the government debts, health costs and public sector pension liabilities bequeathed to them by the baby boomers. That may be, rebuts Ian Brodie, but the more immediate question is whether they will appeal in this fall’s election to the “aspirational” middle and lower-middle income voters who were attracted to the Tories by GST cuts and child tax credits in 2006.

TFSAs and income splitting: what’s in it for the “battlers”?