Homage to the ‘Merchant of Venom’

Gerry Nicholls
August 27, 2017
Like most cultural trends, it took a few years for the conservative revolution that made Ronald Reagan U.S. president in 1980 to migrate to Canada. One of its most influential, yet least known, emissaries was Republican political genius Arthur Finkelstein. He came north to teach the National Citizens Coalition – then one of very few serious conservative advocacy groups in Canada – how to raise a right-wing ruckus, and money. Eventually his lessons would be learned by NCC president Stephen Harper, lessons that helped him become prime minister. To mark Finkelstein’s recent passing, former NCC V-P Gerry Nichols reflects on his important contributions to Canada’s conservative movement.
Stories

Homage to the ‘Merchant of Venom’

Gerry Nicholls
August 27, 2017
Like most cultural trends, it took a few years for the conservative revolution that made Ronald Reagan U.S. president in 1980 to migrate to Canada. One of its most influential, yet least known, emissaries was Republican political genius Arthur Finkelstein. He came north to teach the National Citizens Coalition – then one of very few serious conservative advocacy groups in Canada – how to raise a right-wing ruckus, and money. Eventually his lessons would be learned by NCC president Stephen Harper, lessons that helped him become prime minister. To mark Finkelstein’s recent passing, former NCC V-P Gerry Nichols reflects on his important contributions to Canada’s conservative movement.
Share on facebook
Share on Facebook
Share on twitter
Share on Twitter

When Arthur Finkelstein, one of America’s most renowned and respected Republican political consultants, recently passed away at age 72, it made headline news.

Indeed, obituaries in the New York Times and Washington Post noted how Finkelstein, who was known for his innovative and aggressive tactics, had revolutionized American politics.

What wasn’t mentioned in those obituaries, however, is how Finkelstein also influenced Canadian politics.

And influence it, he did.

In fact, Finkelstein showed Canadian conservatives how to play the game of politics the right way and how to play it the winning way.

And believe me, conservatives needed to learn those things because back in the early 1980s this country’s grassroots conservative movement lacked a strong, principled and effective voice.

One of the very few national grassroots organizations then battling to promote conservative ideals was the National Citizens Coalition, which had been incorporated in 1974 by an insurance salesman named Colin M. Brown.

Brown was a scrappy and enthusiastic proponent of freedom, but when it came to the nuts and bolts of political strategy, he was an amateur; for him the NCC was, as he put it, a “hobby that went berserk”.

Hence, in its early days, the NCC’s campaigns were often created on the fly, its fundraising tactics were primitive, its media strategy, virtually non-existent.

But all that changed in 1982, when Brown hired Arthur Finkelstein to be the NCC’s political consultant and pollster.

It was a brilliant hire. Even back then, Finkelstein was regarded as political mastermind without equal. He had distinguished himself as a pollster for Ronald Reagan and as consultant he had won several stunning upset victories for Republican Senators and Congressmen. By the time he signed up to work for the NCC, nearly half of Republican Senators were his clients.

Of course, the NCC could hardly afford to hire someone of Finkelstein’s calibre, but luckily he worked for the group at a discounted rate. A staunch libertarian, he wanted to help promote freedom in Canada.

At any rate, using methods and tactics he had pioneered in the United States, Finkelstein quickly proceeded to transform the NCC into a professional and highly disciplined political machine.

Under his guidance, for instance, the NCC developed a sophisticated fundraising strategy that combined phone appeals with targeted mass mail pitches.

This, in turn, provided the group with the resources it needed to mount national multi-media ad campaigns and to launch high-profile constitutional court challenges.

Thanks to the NCC, issues like MP gold-plated pensions and the rights of unionized employees and electoral free speech were forced onto the national agenda.

And every aspect of the NCC’s campaigns were strategic: Finkelstein’s careful polling analysis told the NCC where to run its ads, on what medium they should appear, what words they should use, which emotions they should tweak, which arguments they should highlight.

A hallmark of Finkelstein’s communication strategy was to craft messaging that was tight, concise and to the point, which meant the NCC’s message, whether tough or humorous, always hit like a hammer.

All this ensured that the NCC’s voice had maximum impact, that it got the biggest bang for its buck, that it could deliver punches well above its weight.

And speaking of punches, Finkelstein also showed the NCC how to wage media war against its opponents; although he didn’t invent the negative ad, Finkelstein certainly perfected it. Not for nothing was he known as the “Merchant of Venom.”

But probably the most valuable service Finkelstein provided for the NCC was to make sure the group didn’t, as one-time NCC president David Somerville put it, make any “big mistakes.” In other words, under his guidance, the NCC avoided any public relations disasters that might have resulted from inflammatory language or from speaking out on controversial issues beyond the group’s agenda. Finkelstein, in short, imposed strict message discipline.

The bottom line is that by the mid-1990s the NCC had become a formidable voice in Canadians politics, a voice that couldn’t be ignored and a voice that energized and mobilized conservatives from coast to coast.

Without Finkelstein’s expertise, without his steady hand on the NCC’s wheel, that wouldn’t have happened.

He did something else important too: he passed on to NCC staffers (I was one) his way of doing politics, so that in 1996 when he and the NCC went their separate ways, the group could continue to effectively promote “more freedom through less government.”

In a sense then, the NCC became a training ground for Canadian conservative activists, including one who would eventually go on to become Canada’s prime minister – Stephen Harper.

Harper, as is widely known, served as NCC president. What’s less well known is how that job changed him.

He came to NCC in 1998 as a cerebral policy wonk; he left in 2002 as a rabble-rousing activist, who plastered cartoon pigs on billboards.

Harper had learned the Finkelstein way.

Thus when Harper became Conservative Party leader in 2003, he took what he learned at the NCC with him, which made him a different kind of Canadian politician.

In her book Shopping for Votes, Susan Delacourt quotes one-time Conservative Party strategist Patrick Muttart (himself highly influenced by Finkelstein) as saying, “Throughout my time with [Harper] he would personally reference [NCC] campaigns that he ran. He ran an organization that was in the business of erecting billboards, running direct-mail campaigns. So I don’t think we’ve ever had a prime minister who had direct personal experience being a marketer.”

Of course, Harper’s opponents on the left often remarked on the NCC/Finkelstein influence as if it was something evil; some even caricatured Finkelstein as some sort of sinister Republican Svengali, who poisoned Harper’s mind against Canada’s democratic traditions.

Needless to say they got it wrong.

Finkelstein’s real importance to Canada’s conservatives is he showed them how to out fundraise, outmanoeuvre and outfight the left. 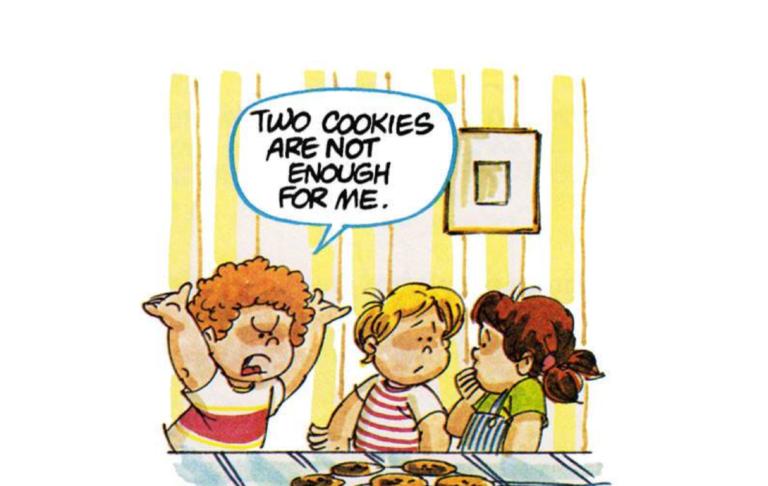 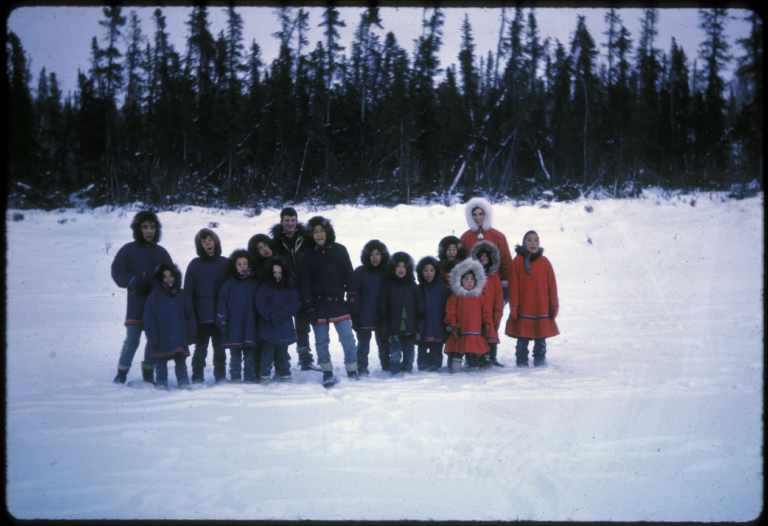 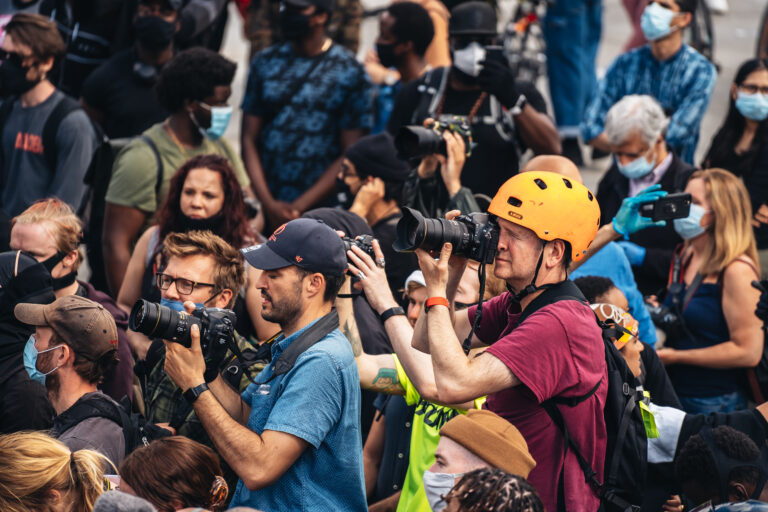 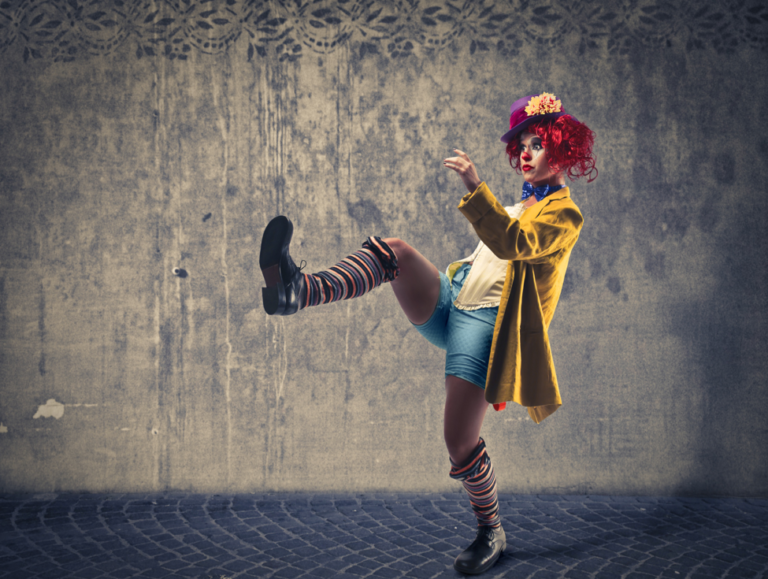 Conservative Optimism is Not an Oxymoron

During his decades of involvement in Canada’s conservative movement, Gerry Nicholls has seen the right lose cultural influence and suffer more electoral losses than wins. Yet even as leftist smear-and-fear campaigns reach new heights of slander, Nicholls is heartened by this month’s big victory for the united right in Alberta, and hopeful for a larger conservative political and cultural renaissance in Canada and beyond. 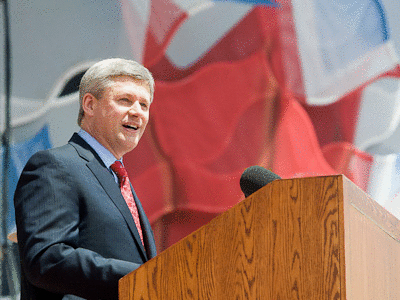 It’s time for Canada’s conservative movement to stop focusing on what’s wrong and to start making things right. And I make that plea as someone who fully understands that for those of us who believe in free enterprise, smaller government and individual freedom, lots of things are going wrong.

Conservative Optimism is Not an Oxymoron