Mark Milke
October 12, 2018
Canada has been singularly successful in offering up its natural resource sector to its enemies. In the 1980s and 90s, foreign-funded eco- and aboriginal activists teamed up with Canadian politicians, public sector unions, and even some corporate sell-outs to bully the B.C. forest industry into submission.

If Albertans and especially those employed by energy companies want someone to blame for the blocked pipelines, project cancellations, and return of higher unemployment rates to a once-flourishing province, here’s a suggestion: look to (some) corporations in downtown Calgary, and also to Canadian governments. Both businesses and governments have funded the most radical anti-energy work and activism over the past decade.

While the price of (West Texas Intermediate) oil has long since rebounded from its 2016 lows, and while Americans are producing record amounts of not only oil but also natural gas (the latter reducing emissions from coal-fired power in the United States), Canadian energy firms are still in the fire-sale dumpsters with Western Canadian Select and local natural gas prices both at depressed lows.

First, some history on anti-resource activism in Canada, as it began not with energy and the oil sands but in British Columbia and with the most renewable resource imaginable: trees.

American donations to harm Canada’s resource sector, starting with attacks on the forest industry, date back to at least the late 1980s. As detailed by the late Bill Stanbury in a book on foreign funding, the then-business professor at the University of British Columbia chronicled how B.C. environmental groups, between 1989 and 2000, sought allies in the United States in fights against forestry companies.

In the 1990s, the Canadian groups helped by American cash included Friends of Clayoquot Sound, Greenpeace Canada, Western Canada Wilderness Committee, Sierra Club of B.C. and the Sierra Legal Defence Fund among others.

More recently, many of Stanbury’s “environmental interest groups” are today known for their opposition to Canada’s oil and gas sector and have been joined by newer American-funded players.

For example, in 2008, the Calgary-based Pembina Institute received some funding from a $7-million Rockefeller Brothers Fund to help thwart Canada’s oil sands development. In a then-secret document, since found by Macdonald Stainsby, the Rockefeller Fund highlighted the Pembina Institute’s key role and listed a staffer as a key Canadian contact.

And they lived up to the Fund’s hopes. Over the years, Pembina has repeatedly called for endless government foot-dragging and halts to multiple resource projects, including the Keystone XL and Trans Mountain pipelines . For instance, in 2008, one of its directors called the oil sands “a nasty and dirty business”. Just recently, the same group decried the $40-billion liquified natural gas export terminal proposed to be built at Kitimat, B.C. “The LNG Canada project would take B.C. in the wrong direction,” is how one Pembina spokesperson characterized the early October decision by Shell Canada and four other partners in the joint venture.

Public sector unions (with union dues) and governments (with taxpayer dollars) also support this anti-energy activism. Recall the recent invitation by the Alberta Teachers Association to Tzeporah Berman, a one-time fashion designer turned anti-forestry and anti-energy activist, to speak at their upcoming educators ’ conference. Berman isn’t the only anti-oil and gas activist fawned over by educators. Earlier this year, the ATA also invited lifelong resource development scold David Suzuki to speak to teachers; and of course, the University of Alberta – my Alma Mater for two of my degrees – awarded Suzuki an honorary doctorate.

Educators and academics can invite whomever they want and I’d defend their independence to do so. The ATA belatedly invited a Berman rebuttal from Alberta Premier Rachel Notley, but the premier opposed the Northern Gateway pipeline while in opposition and once called for no new approvals in the “tar sands”.

As for governments, Pembina was once handed a $340,000 consulting grant from the City of Calgary, and the Alberta government, under the Progressive Conservatives, also gave Pembina $88,000. Natural Resources Canada – under the federal Conservatives in 2009 – offered up a grant of between $50,000 and $99,000. Calgary Economic Development – the  agency tasked with strengthening Calgary’s economy – gave a grant to Pembina in 2010. Even the gas-friendly B.C. city of Fort St. John gave Pembina a consulting contract. In 2016, before its political deathbed conversion into a pipeline and oilsands cheerleader, Alberta’s current NDP government hired Berman to advise it on oil sands policy. This was part of the NDP’s effort to win a “social licence” for the province’s energy sector. It didn’t work, and Berman, who got her start in the B.C. anti-forestry campaigns of the 1990s, today remains an uncompromising opponent of the oilsands and pipelines.

Public sector enabling of activists opposed to natural resource development is neither new nor surprising, especially for left-leaning governments and civil service unions (though it hardly explains the City of Calgary or a federal department under the Conservatives). What is surprising is how many private sector companies and business leaders – including in Alberta’s energy patch – help contribute to anti-energy advocacy.

That was ill-considered, not just because the subsidies were a costly and wasteful attempt by the NDP to bribe Albertans with their own money, but also because it put Crothers and Dickinson in bed with a foreign-funded group dedicated to wrecking the Canadian energy sector. But Crothers and Dickinson were not alone. Over the years, before the Pembina Institute stopped publicly listing its benefactors, the energy companies listed as supporters or clients of Pembina read like a who’s who of the Calgary energy patch: Suncor, EnCana, Imperial Oil, Cenovus, Talisman, Alberta Oilsands Inc., Precision Drilling, Statoil, and TransCanada Pipelines.

Just three years ago the four Canadian CEOs of Canada’s biggest oilsands companies negotiated a deal with Alberta’s NDP Premier Rachel Notley and the Pembina Institute to cap the growth of oilsands emissions. One of the CEOs was oilsands giant Suncor’s Steve Williams, whose company, at least until 2012, regularly gave Pembina annual grants worth somewhere between $100,000 and $199,999.

As recently as June of this year, Williams still appeared to be onside with the people and the ideology opposed to the business he runs for the benefit of his shareholders when he characterized those who disagree with current government policy on carbon dioxide emissions and carbon taxes as  deniers of the science of climate change. (Some are, but certainly not all, and not this author: I favour longer-term remedies including technological change over artificial halts to existing energy usage.)

Three months later the Suncor CEO informed investors in New York that Suncor will not sanction further expansion of crude oil production in Canada until it becomes clear when pipelines will be built. “There is clearly a question of confidence in Canada,” he said. Indeed there is and Williams contributed to it.

Here’s the reality: anti-energy activists have long been funded not only by foreign money, but also by Canadian governments and companies in Canada’s energy sector. They have all amplified the minority voices who have polarized the domestic political and policy debate over resource development and environmental protection.

To say this is regrettable is an understatement. Canadians have built and operated oil pipelines safely since 1862, when the first one was constructed to deliver crude from an Ontario oil field. The national economy was largely built on energy exploration, development and export. Yet modern-day opposition to the industry, which is choking off investment and growth, has been substantially funded and encouraged by the very companies and CEOs who inherited that legacy.

CEOs and politicians who directed shareholder and taxpayer money to anti-energy activists might be more to blame than the three Federal Court of Appeal judges who blocked the Trans Mountain pipeline expansion. They are key enablers of the poor public policies hurting Alberta and Canada. One can only hope their blind faith in buying “social licence” has ended. Some of those same politicians and CEOs are now clamouring for more investment, which suggests the Canadian policy environment governing resource extraction might have, finally, hit bottom. But the effect of such past, funded anti-energy advocacy from foreign and domestic donors is a long way from being fully played out.

Lifting the Veil on the Marriage Secret

Whatever we might think of marriage and divorce, few of us would claim they are unimportant. The topic has occupied not only the hearts of billions but the minds of great thinkers through the ages. Why, John Milton wrote a whole book on divorce way back in the 1600s. So why have the great thinkers at Canada’s top statistical agency – who spend their days ferreting out the most trivial of trends – closed their minds to the entire subject? Might the numbers point in some politically incorrect directions? Peter Shawn Taylor dives into the subject with gusto and reports on the modern-day benefits of one of humankind’s oldest institutions. 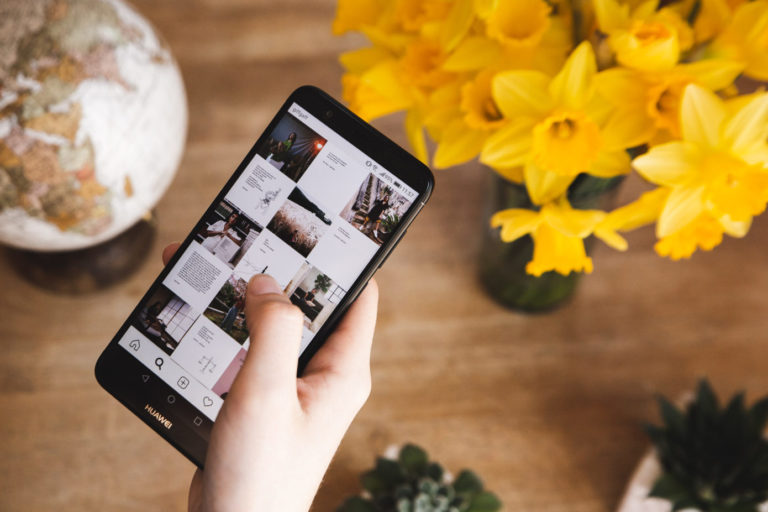 Care for some “snuggling”? Such appears to be among the deepest thoughts and most memorable expressions of our current generation of poets. The best-known, “instant” kind, anyway. The real kind still exist, poet David Solway notes in this essay, although they’ve been pushed to the cultural margins. And while understanding and appreciating real poetry – a learned and often challenging practise – has fallen into disfavour, it remains vital to our civilization, if there is to be one. That millions of people are buying Instagram poetry, Solway argues, does not change the fact that it is self-indulgent rubbish.

Lifting the Veil on the Marriage Secret

So Much for Diversity: The Monochromatic Moderators of Monday’s Debate

Canada is a big, diverse country by virtually any measure, from our no-longer-so-sparse population to our epic geography to the ethnic makeup of our people. Diverse in every way, it seems, except in our elites’ aggressively progressive official-think. Consistent with this is the otherwise bizarre decision to have Monday’s federal leaders’ debate hosted by five decidedly similar female journalists. Mark Milke briefly profiles the five and, more important, advances a positive alternative: five distinguished women diverse in background, hometown and, above all, thought.

Calumny and Courage in the Energy War

No sooner had Alberta announced its “fight back” strategy to counter misinformation aimed at the province’s key industry – including a public inquiry into foreign funding of anti-energy groups – than the left counterattacked. Instead of mounting facts and evidence of its own, they accused Alberta’s UCP government of violating the human rights of the progressives’ pantheon of designated victims. These shout-down-discredit-and-destroy tactics are ubiquitous tools of leftists nowadays, but in this instance the target may be tougher than expected. Mark Milke explores the energy war’s competing campaigns for the hearts and souls as much as the minds of Canadians.

So Much for Diversity: The Monochromatic Moderators of Monday’s Debate

Calumny and Courage in the Energy War